Mr. Yoshiyuki Okuma was traveling. He had completed a concert tour of Okinawa and stopped here on the island of Yakushima. In no time at all he was asked to write a school song for the Ayumi no Mori Preschool, and offered a part-time job and a place to live. Since then, somehow, 8 years have passed. 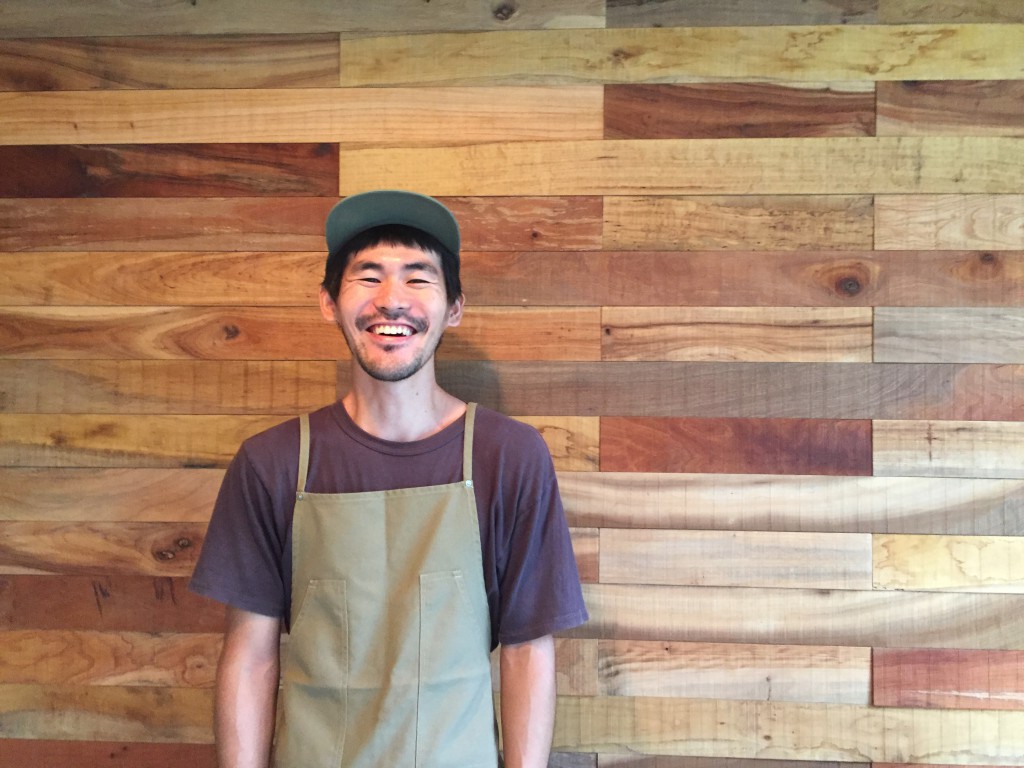 A singer and songwriter, Yoshiyuki-san likes to perform solely with his guitar and his voice. He has released four albums and likes to travel light when he goes on tour twice a year. 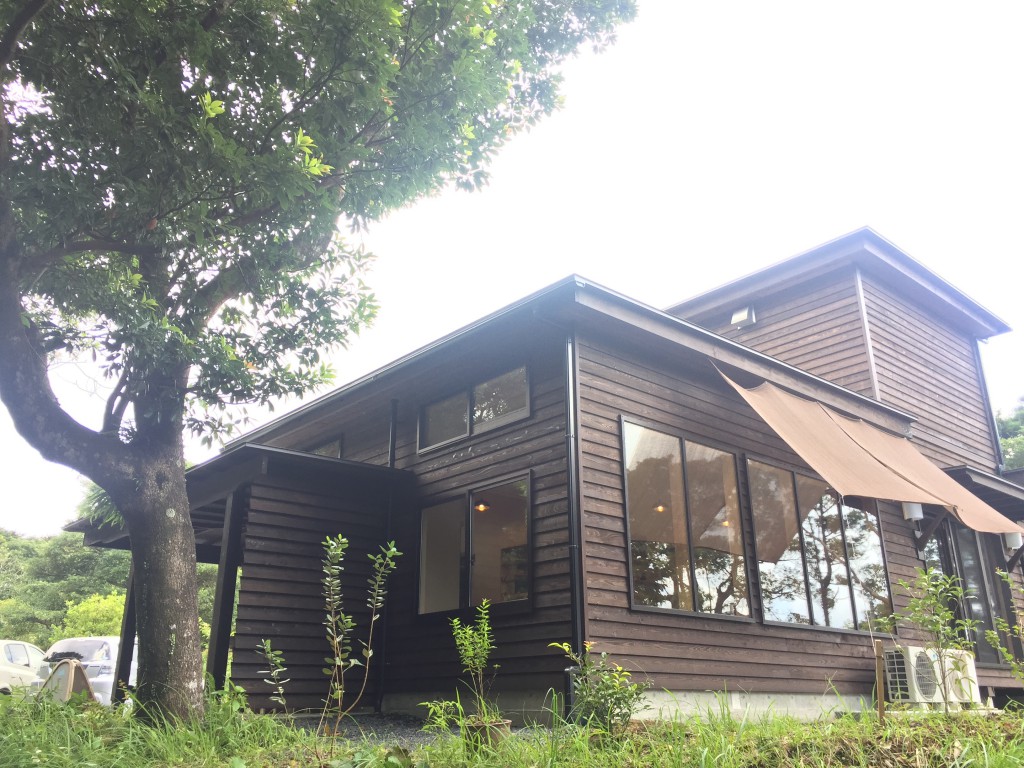 Yoshiyuki-san and his partner also opened a shaved ice and coffee shop that they originally called “Yukigoke-ya.” The shop moved twice and has recently been renovated, re-opening under a new name, Oyatsu to Coffee (literally “snacks and coffee”). They sell baked sweets and drinks year-round and shaved ice in the summer time.

The shop is located near Tashiro beach, famous for “pillow lava” which formed unique shapes when it was cooled quickly by the ocean. The surrounding landscape is void of buildings and other man-made objects and the beach is bordered by trees. The nearest village is Nagakubo which lies between Miyanoura – where high-speed vessels come and go – and Anbo. 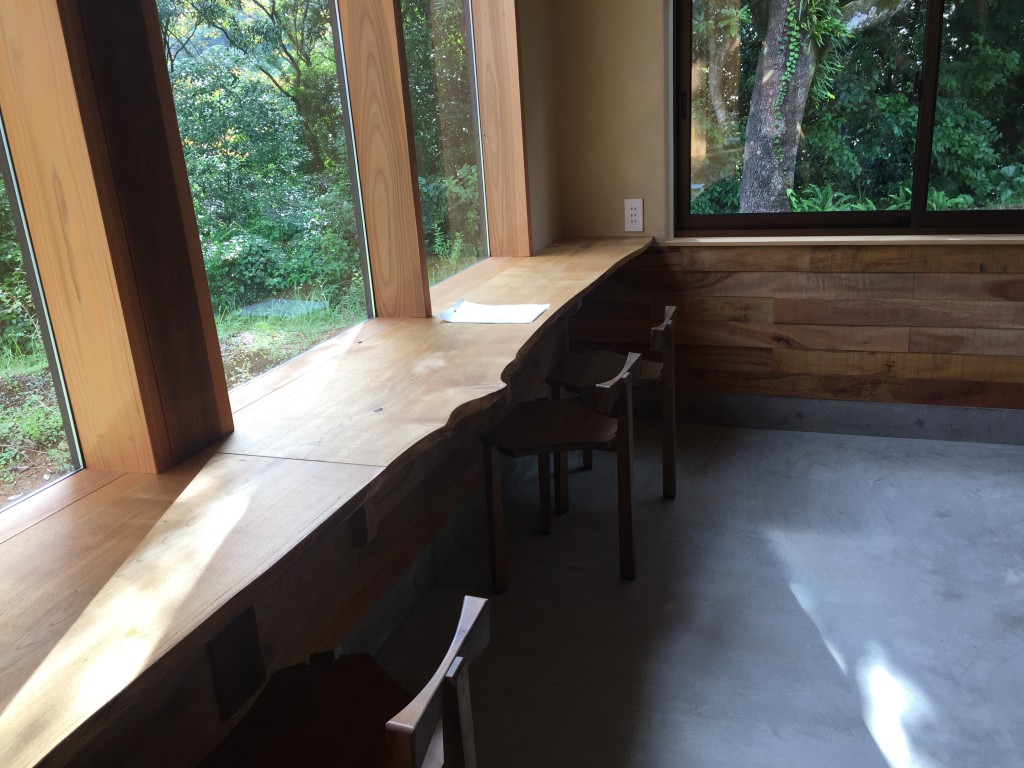 Although Yoshiyuki-san and his partner had never settled for long in one place, they decided to build their own house when they found an attractive piece of land and encountered the Ogata Factory which makes furniture using stones and wood from local broadleaf trees. When building the structure that would accommodate their home and shop they also made use of clay soil from the property. It was fired into tiles by the Hanii Kiln located in nearby Anbo. And when friends came along to check on the construction’s progress, they often helped out with the work at hand, enabling the shop to open in August, 2018.

The Oyatsu to Coffee shop is surrounded by an evergreen broadleaf forest and now bustles with guests who had been waiting with great anticipation for it to open. With the help of new and talented friends, Yoshiyuki-san’s adventures continue. 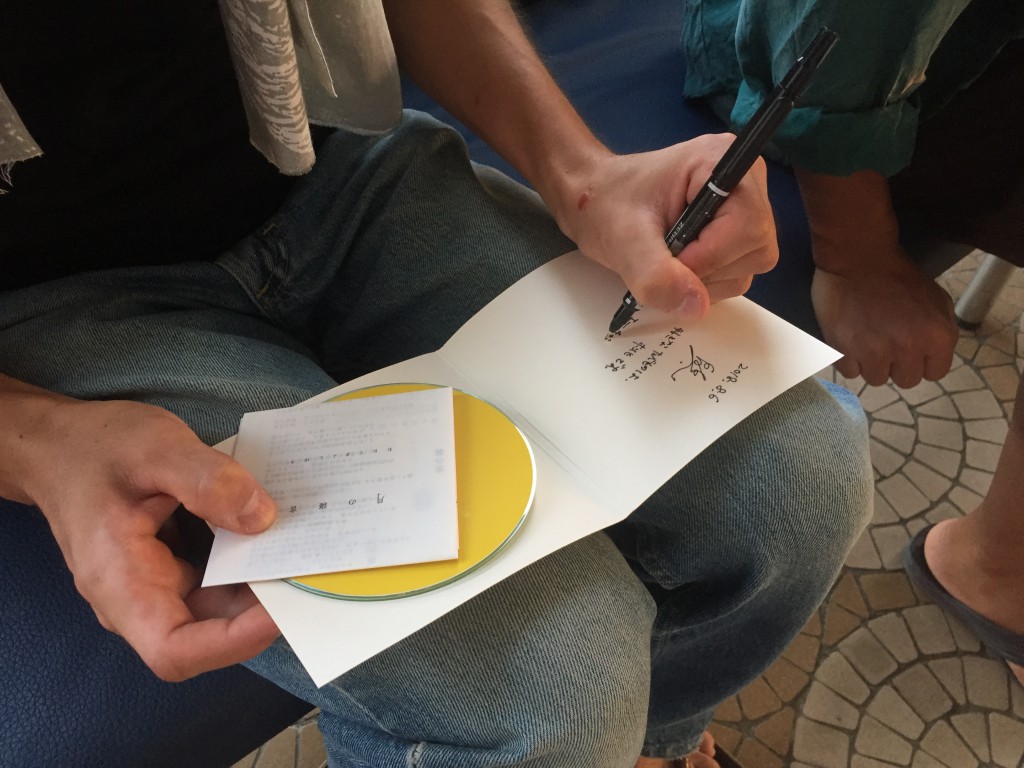