A Backpacker Charmed by Yakushima

Passing through Anbo, I drove south until I saw a small sign on the right – on the mountain side of the road – that said “Smoked Fish.” After turning there, and heading up a hill, I came upon a white building out of which drifted a thin stream of smoke. 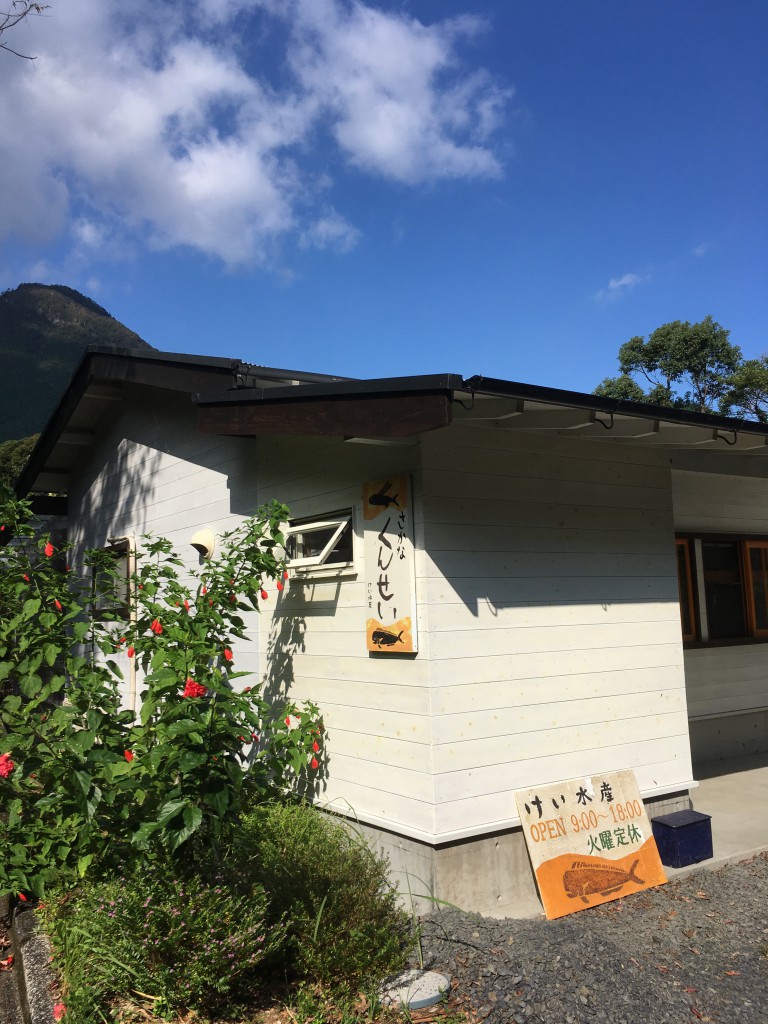 Keisuke Tanaka, owner of “Kunsei-ya (literally “smokehouse”) Kei Marine Products” moved to Yakushima 20 years ago. He was traveling all over the world as a backpacker when he realized that he didn’t know anything about his own country, Japan. When he returned home, Yakushima was one of the places he visited in his effort to learn about this country. 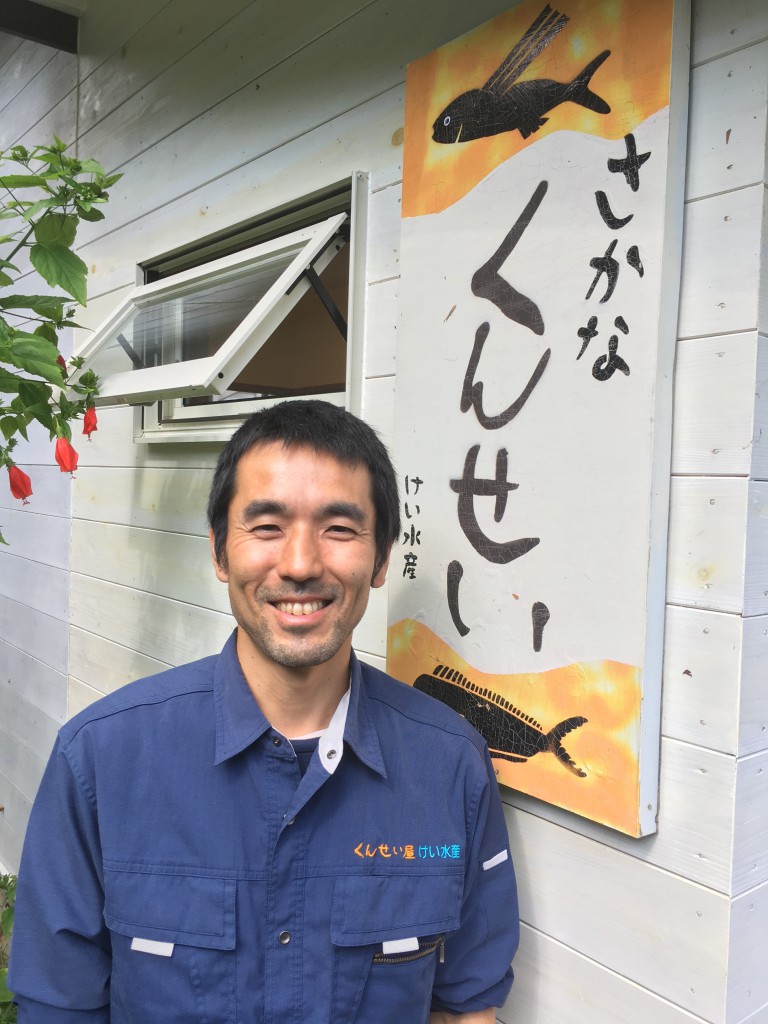 At first Keisuke thought, “I think I’ll live here until I get tired of this place!” But his affection for the island grew. When he first arrived, he worked as a fisherman. Keisuke said, “It was wonderful hunting for fish out on the open sea with Yakushima’s mountains at my back.” But the work – the income – wasn’t stable. And he couldn’t sell fish that weren’t perfect, that had even a single scratch. Eight years after his arrival on the island, disturbed by this waste of life, Keisuke started a new business smoking fish.

From Fisherman to Fish Smoker
Fish that have been smoked by Kei Marine Products are mild, like raw ham. When you bite into a smoked fish, you’ll be surprised by its texture as it melts in your mouth. And while the fish appear to be somewhat raw, they don’t have a fishy smell. This comes as no surprise when you know that the fish here have been processed immediately, on the same day that they were caught and brought into the Anbo port. Rather than sun-drying the fish, the fish are dehydrated making use of special sheets. This process takes five days in a temperature-controlled refrigerator. In this way the flavor of the fish is preserved without being adversely influenced by the island’s rainy weather. The cherry tree wood used in the final smoking is from trees grown on the island. In this way, the fish sold here have been blessed by the island’s ocean and its mountains as well. 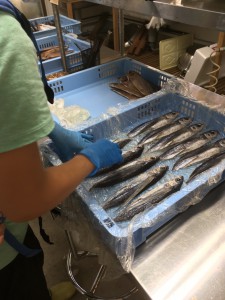 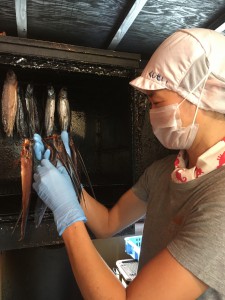 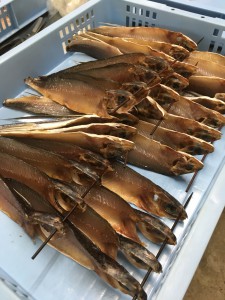 “If the fish are good, they don’t need to be seasoned. Simple is best!” said Keisuke with a smile. When he was a fisherman, he was hired out to catch fish. Now that he is an independent fish smoker, his way of life has changed. In this new occupation, Keisuke treats the fish with great care as he transforms them into something new.