Famous sakes can be found where the water is pure. The same can be said of beer brewers who are also immersed in the mysteries of fermentation. 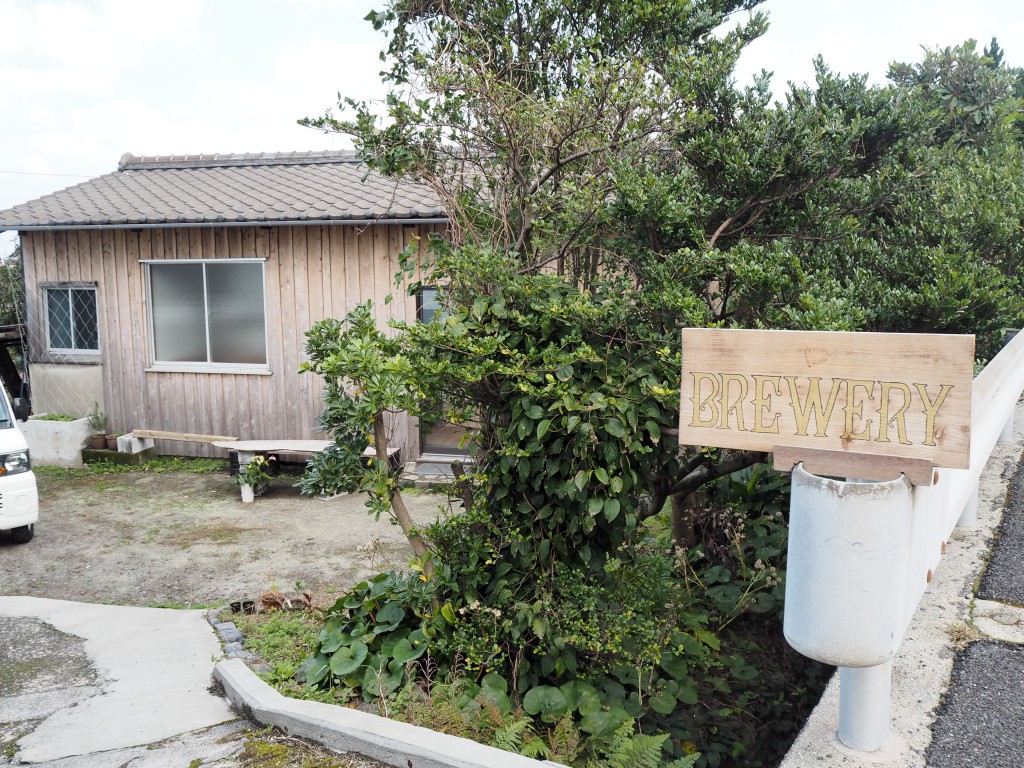 Not far from the Yakushima airport, in the town of Koseda, a small wooden structure stands beside the old road. Look for a chinaberry tree on the grounds of the old Koseda elementary school and park your car there. Pass back out through the school’s stone gate and you will find the island’s first craft beer brewer, “Catch the Beer.” Tropical flowers bloom in the garden and vegetables and herbs grow in a small field. Inside, you will find a five-seat bar, the “tap room,” where you can enjoy a glass of beer on tap for 650 yen and up. 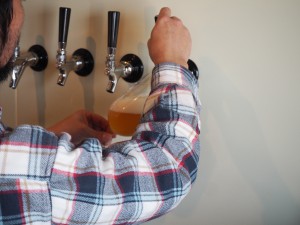 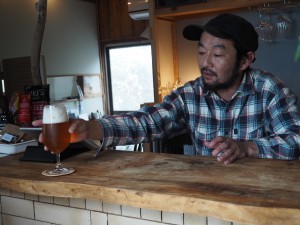 “Catch the Beer” opened in the fall of 2017. Six years had passed since Mr. Tatsuhiko Egawa and his wife, Kiyoko, moved to Yakushima from Chiba prefecture. They were working at separate restaurants but wanted to start up their own business. When they thought about “what the island doesn’t have” and “what we love,” they came up with “making beer.” 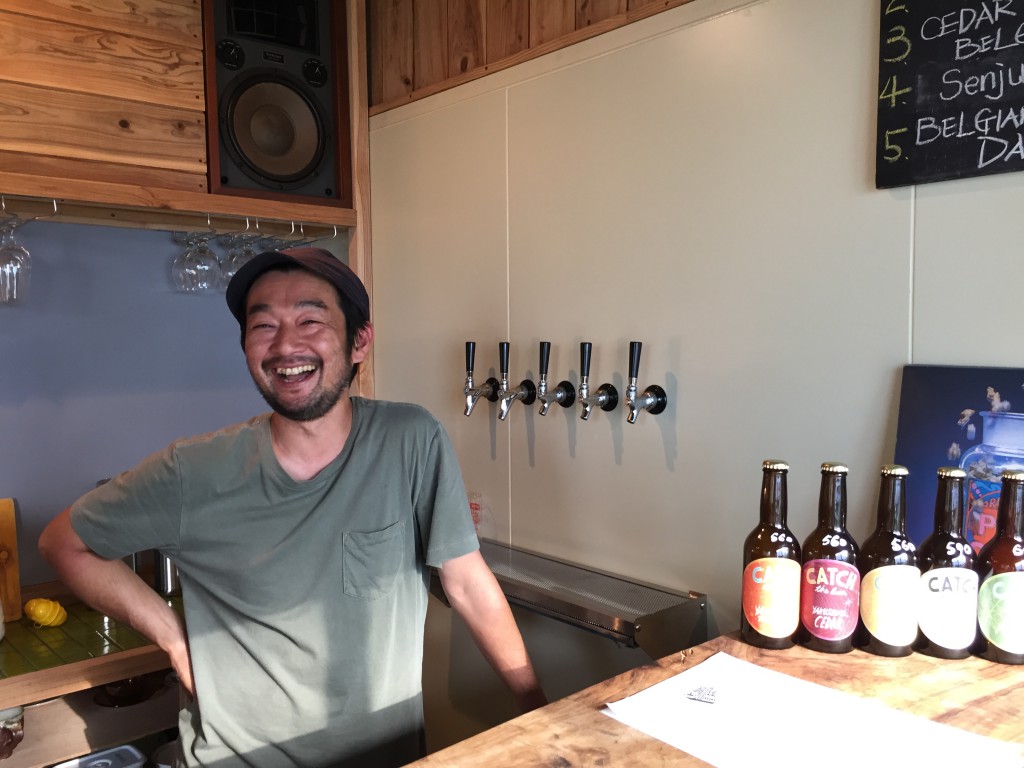 There were two shochu breweries on the island, making a sweet potato-based alcohol. One of them makes the popular brand, “Mitake,” but there was no local beer. Mr. and Ms. Egawa thought they could produce beer that makes use of the abundant water cascading down from the island’s densely forested mountains and the heavily scented fruits and herbs native to this semi-tropical southern island.

After training at a small, off-island brewery, they returned to Yakushima and through a process of trial and error they arrived at their own flavor. Now they make staple flavors using Yakushima cedar chips and a local citrus fruit, Tankan mandarin, as well as seasonal beers using home-grown coriander seeds, pomelos (Citrus maxima), passion fruit, Japanese loquat and the like. The beer’s other ingredients are also made in Yakushima, and the beer is unfiltered and makes use of in-bottle secondary fermentation.

The Egawas calculate the quantities of yeast and hops in keeping with the other ingredients added. Because they make 100-liter lots, the more popular flavors tend to sell out quickly. Being adventuresome, the couple tried to make a variety of beer using “Yakushima Senjyu natural yeast” that they had harvested in the island’s forests. Its thickness and scent were reminiscent of yogurt.

You can buy beer directly from Mr. Egawa, but you can also find it in restaurants and souvenir shops on the island. This will be the first summer since “Catch the Beer” became fully operational, and in this season the demand for beer tends to increase. It is sure to gain further popularity as “Yakushima’s flavor.” 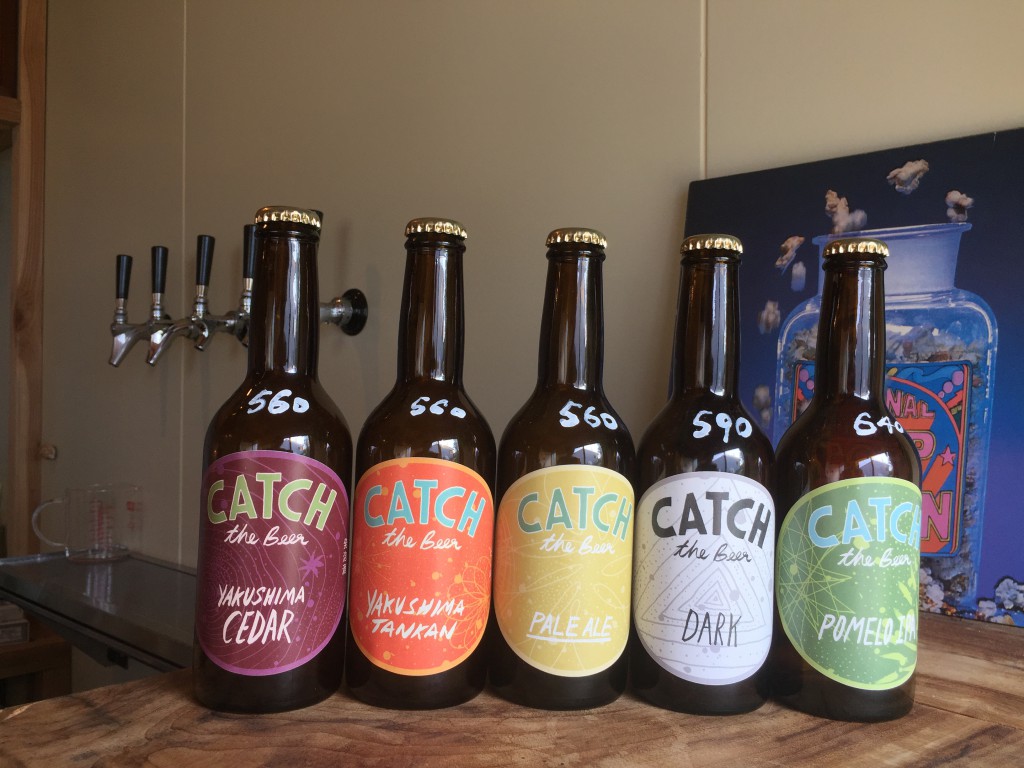