Hiroyuki Yoshitoshi / Potter and owner of the “Shinpachino gama kiln”

When I opened my car window, a warm wind blew in. Following a sign posted on the main road I took a side street in the direction of the mountains until I reached a hand-painted sign for “Yakushima Pottery” surrounded by small wild flowers. 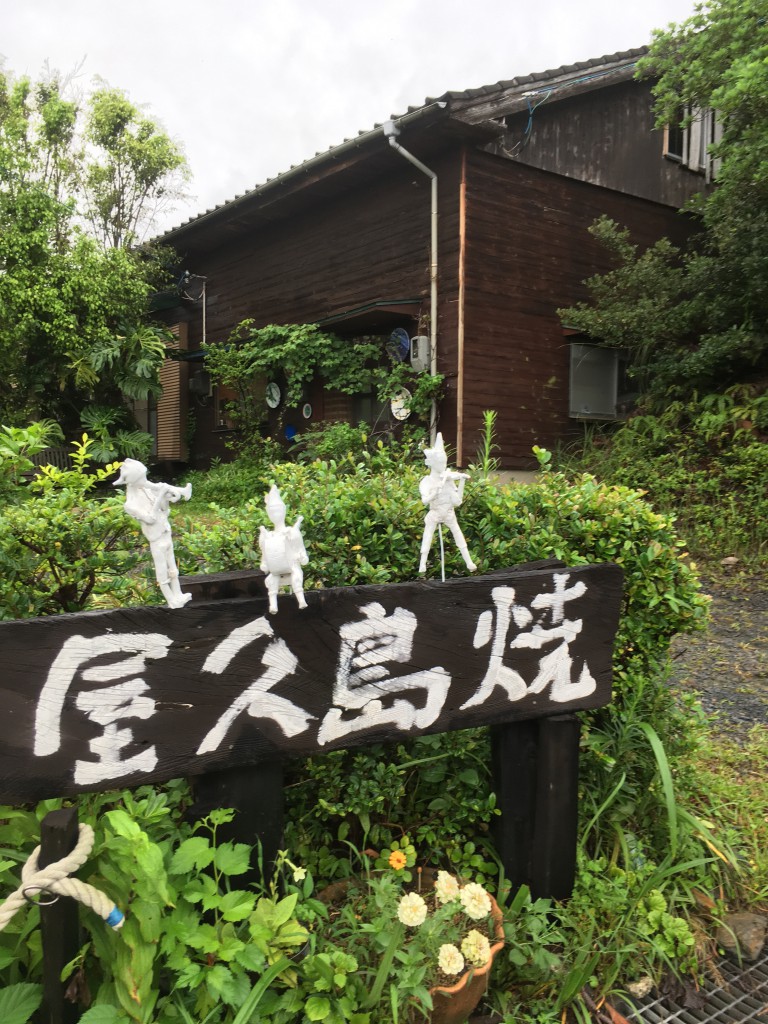 The owner, Mr. Hiroyuki Yoshitoshi, moved to Yakushima from Tokyo in 1972 and opened this kiln. When he tells me that he is in his 44th year as a potter, it sounds like a long time. But Mr. Yoshitoshi says “Yakushima is the kind of place where you find ancient Japanese pottery when you are hoeing your vegetable patch. As seen through the perspective of that history, my time here has been no more than a moment.” When I think about it this way, I feel the immense temporal scale of this island. 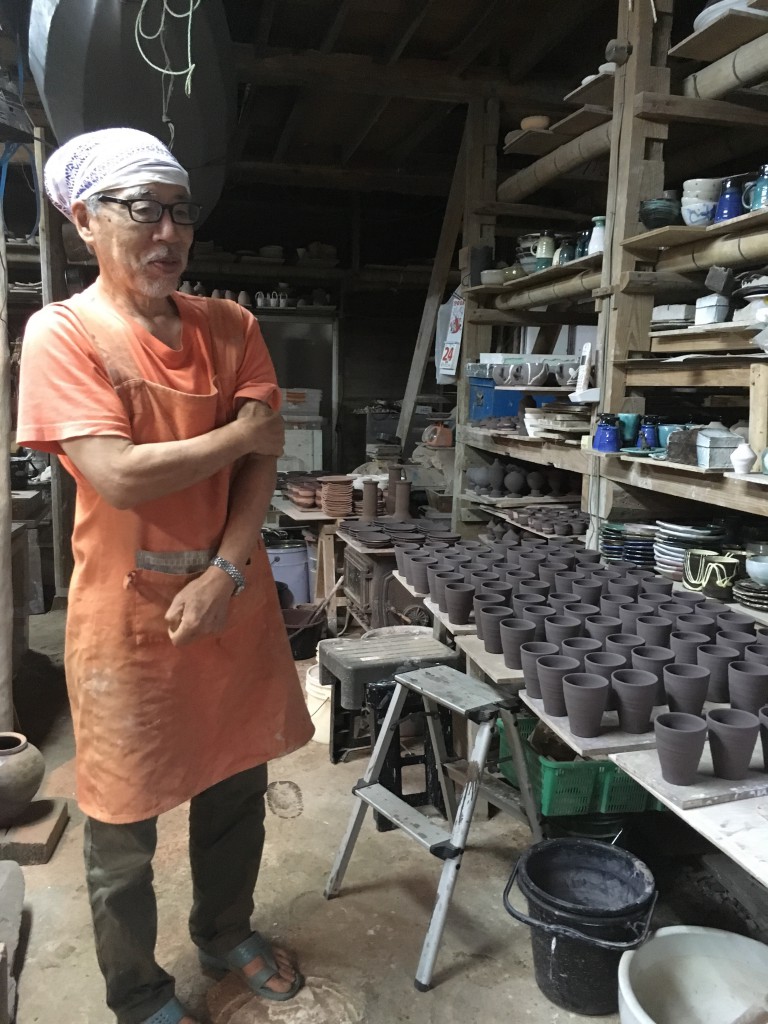 Mr. Yoshitoshi studied at an art university in Tokyo and moved to Yakushima after finding an advertisement in a newspaper looking for people to take care of second or holiday homes. At the time, the 70’s student movement was flourishing and lots of people were thinking about alternative lifestyles. As a member of this group, Mr. Yoshitoshi was excited by the thought of living a happy life on a southern island. At this time there was also an unprecedented movement on Yakushima to develop new crafts – pottery among them – and Mr. Yoshitoshi joined it.

Mr. Yoshitoshi’s “Shinpachino gama kiln” is in the town of Hirauchi which is famous for the Hirauchi Kaichu Onsen, seaside hot springs that appear along the shore only at low tide. When you enter Mr. Yoshitoshi’s shop it is full of pottery that, like Yakushima’s nature, runs the spectrum from beautifully vivid to simple earth colors. 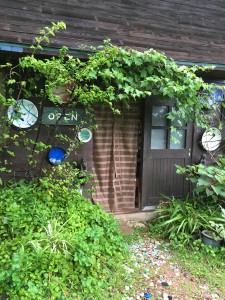 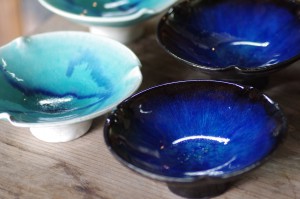 The pottery above gets its vivid blues and greens from coral that washed up on the shore and has been fired, powdered and added to the glaze. Wanting to make use of nature’s own unique colors in his pottery, Mr. Yoshitoshi arrived at this method through trial and error. 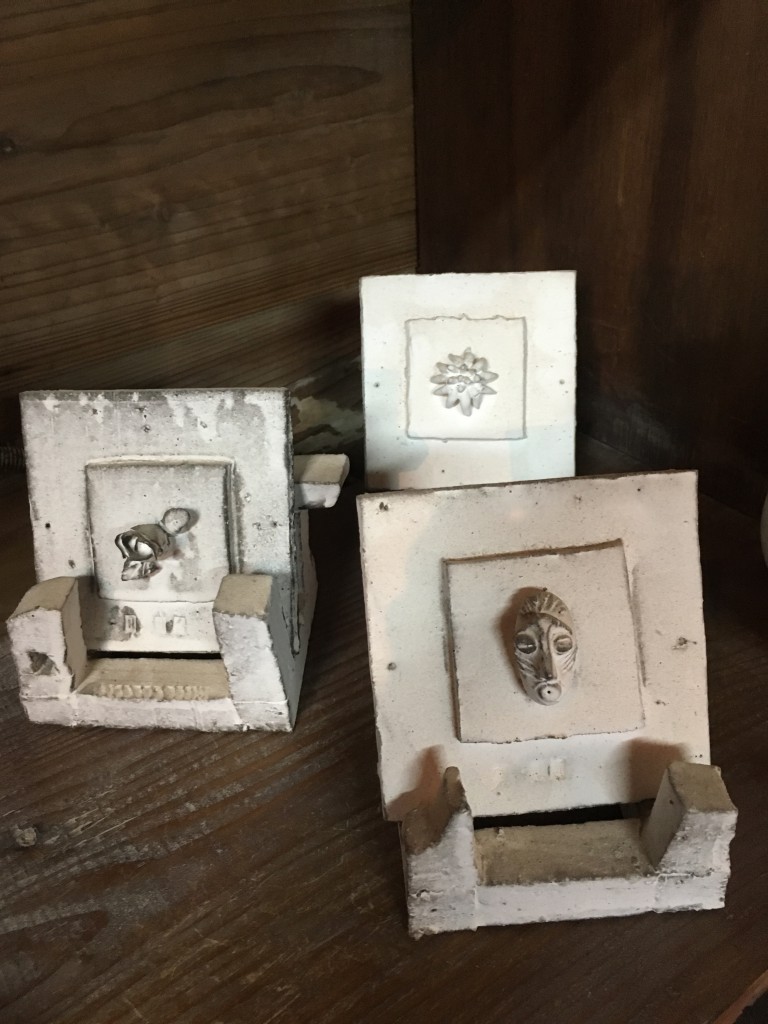 Separate from his work and as a daily “pottery diary,” Mr. Yoshitoshi makes small creations that come to mind. “Someday I’d like to put them on public display,” he tells me.