Michitaka-san, owner of Guesthouse Yamabiko (literally “echo”), brings out a large plate of beautifully arranged roppaku Berkshire pork and says “Eat all you can!” The thin, pink slices of pork are eaten after dipping them for a few seconds in boiling water and they are part of an all-you-can-eat meal that also includes thicker slices of pork cutlet. Guesthouse Yamabiko also operates a restaurant, so it is crowded with islanders and tourists. 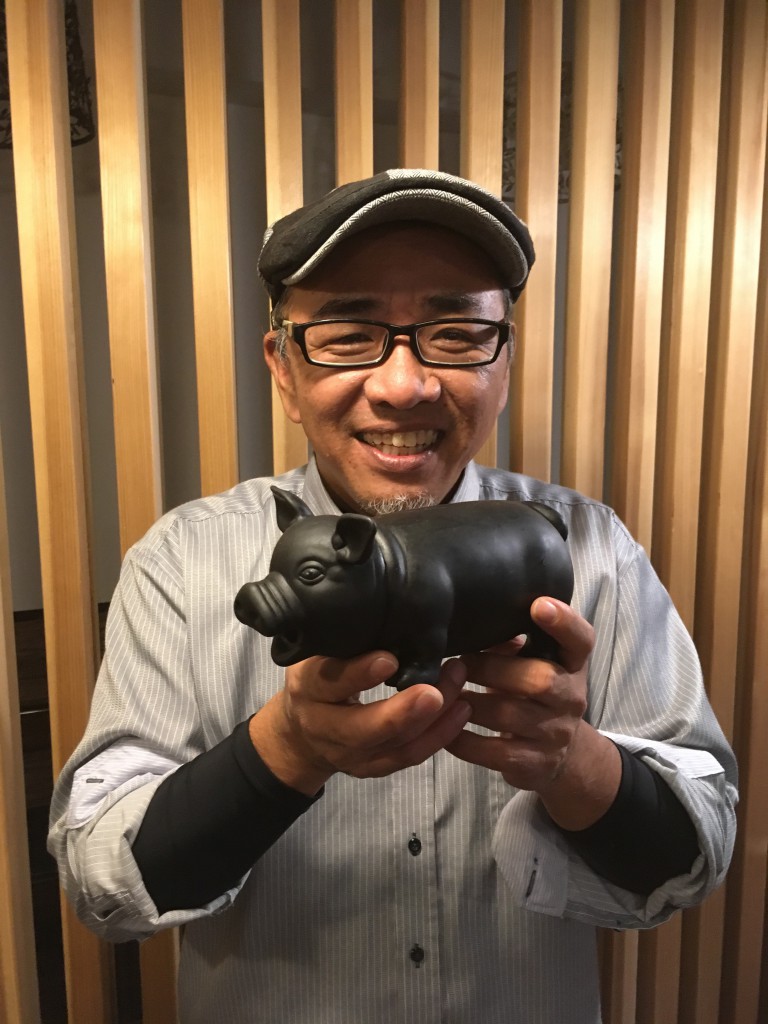 “I want people to eat their fill of roppaku Berkshire pork that has been raised in a natural setting here on the island of Yakushima.” Michitaka-san is originally from Anbo, a town on the island’s eastern shore. He goes out of his way to serve locally-produced pork because he wants to attract customers to Yakushima in the otherwise slow winter season.

In fact, the operation of Guesthouse Yamabiko and the restaurant are not Michitaka-san’s only jobs. He also collects compostable garbage, manure and recyclable cans island-wide, makes and sells compost, manages the disposal of materials from the old incinerator plant, and raises Yakushima black and white (roppaku) Berkshire pork. 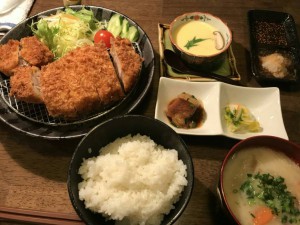 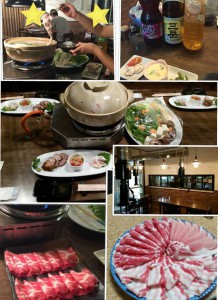 These businesses may appear different at first glance, but they are actually closely intertwined. Yakushima’s household compost becomes fertilizer which is used by the island’s farmers to grow vegetables which are then sold and consumed. Vegetable leavings and sweet potato vines and skins and the like that are a by-product of the local production of shochu (a vodka-like alcohol made using sweet potatoes) are then fed to the pigs that, in turn, become the pork served at the guesthouse restaurant.

Michitaka-san’s goal is “to make efficient use of local products with as little waste as possible.” And he works around the clock to make this possible. Yakushima is usually hot and humid. A lack of flat land and an abundance of sloping land and abandoned fields make the island particularly suitable for grazing. 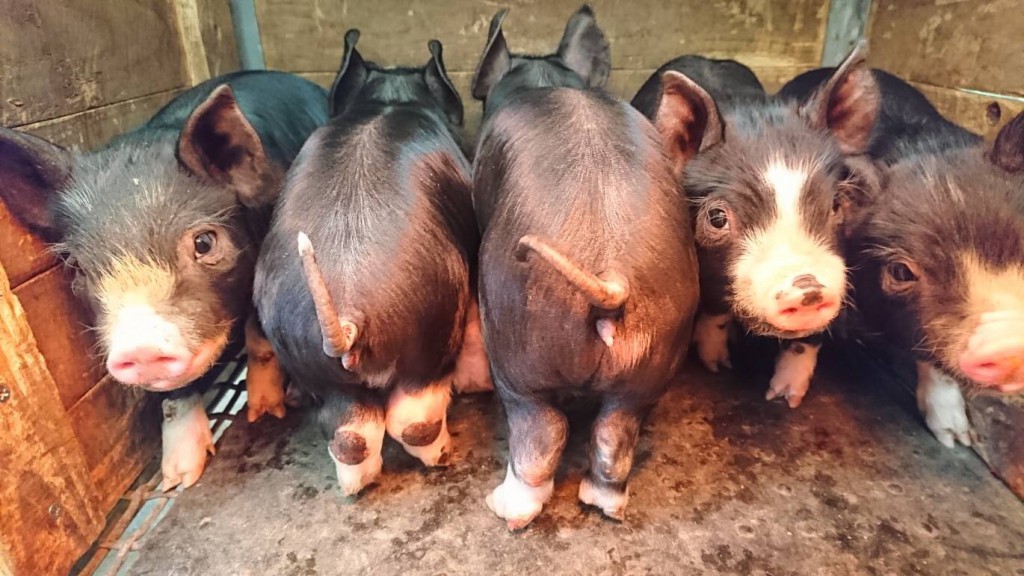 “I am generally frugal. I look at everything from the standpoint of whether it is wasteful or not.” Looking back on his life, Michitaka-san says that the correct path at any given time – his mission – appeared right in front of him each step along the way. Saying this, he smiled a smile that was full of love for this island.

Reservations should be made one day in advance.
All-you-can-eat of various cuts of Yakushima Black and White (roppaku) Berkshire Pork served with an appetizer, rice porridge or buck wheat noodles, and dessert: \3,500
Pork Cutlet (tonkatsu) served with pork soup and rice: \2,000