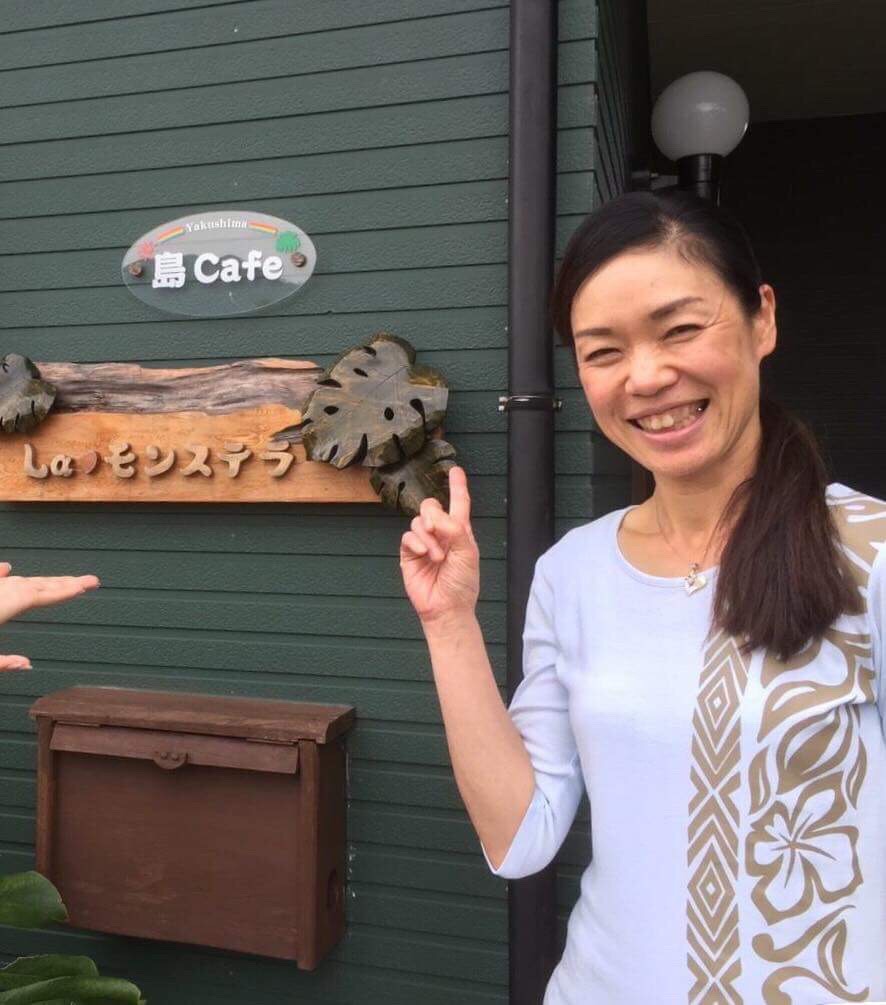 An island café that specializes in breakfast service!
How about an island egg sandwich or tea porridge?
Located near the Yakushima airport, Shima Café La Monstera opened in 2017. This breakfast café is open from 8am to 12am (with no orders after 11am). On Tuesdays, Fridays and Saturdays the café is also open in the afternoon from 2pm to 5pm. Megumi Ehira, the owner, moved to Yakushima from Osaka with her husband in 2016, following her mother-in-law here. She used the name “Shima (Island) Café” because she wanted to use island products and involve islanders as much as possible. 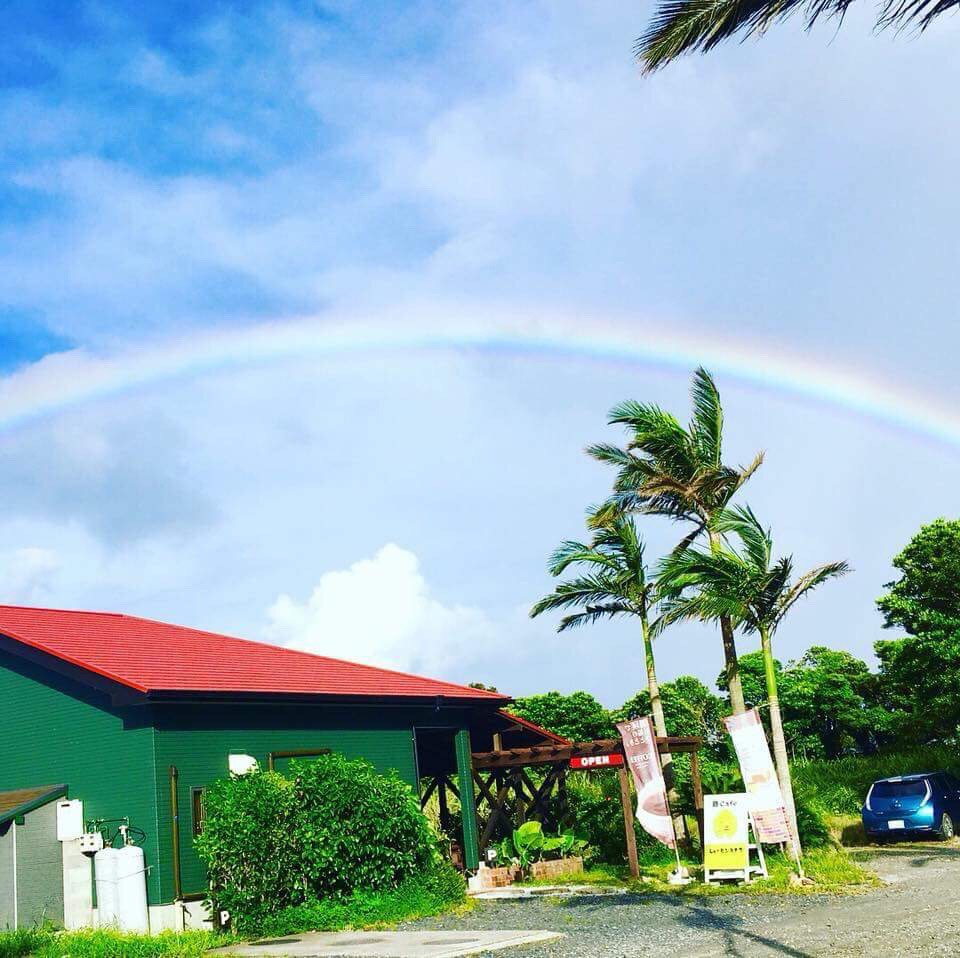 The menu is a toast set, an island egg sandwich (served only on Mondays, Tuesdays and Wednesdays), and a – unusual for the island – tea porridge plate. Megumi-san recommends the tea porridge which makes use of brown rice. Tea porridge is a traditional food eaten in the southern part of the Kinki region, the area south of Osaka. It is simple to make and involves cooking brown rice together with island-grown tea in a pressure cooker. Megumi-san says that if you eat tea porridge in the morning, you’ll feel good all day long. It’s also an ideal meal for health-minded vegetarians.

An Accident in Osaka brought Megumi-san to the Island
Megumi-san was working as a total health adviser in Osaka – studying the connection of the body and the mind through diet, mental health, and psychology – when her husband suffered an accident that caused him to have an incurable disease. Circumstances required the use of all of her knowledge. While taking care of her husband, Megumi-san thought of all the people who had helped them and of everything that had happened. She was reminded just how important good health is to a person’s happiness.

Megumi-san decided to live on Yakushima – where her mother-in-law had moved – because she ached for the country life. This became a goal, to live on the island and to walk – under their own power – to Nagata beach to see the sun set into the sea. With the help of rehabilitation work after their arrival, they are now able to do just that. 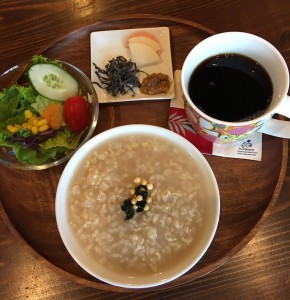 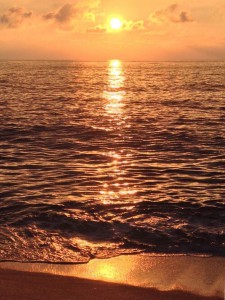 “Wherever we go, this island is amazing!” Megumi-san is forever surprised by the island’s diversity. “Through day-to-day life and local community events, I can feel an appreciation of nature that flows throughout the island.”

Yakushima is a UNESCO world heritage site as are the sacred sites and pilgrimage routes between Kumano and Yoshino on the Kii Peninsula where tea porridge is usually eaten. It can be said that with the help of Megumi-san, these locations now have sacred mountains and tea porridge in common. Megumi-san’s personal experience has made her grateful for her and her husband’s good health. Her breakfast service will make us healthy as well.