On the east coast of island, driving north of the Yakushima airport, I found a small sign with the name “hiyoriya” on it. After turning onto a narrow road and entering a mint-green building, I was warmly welcomed by a soft voice. 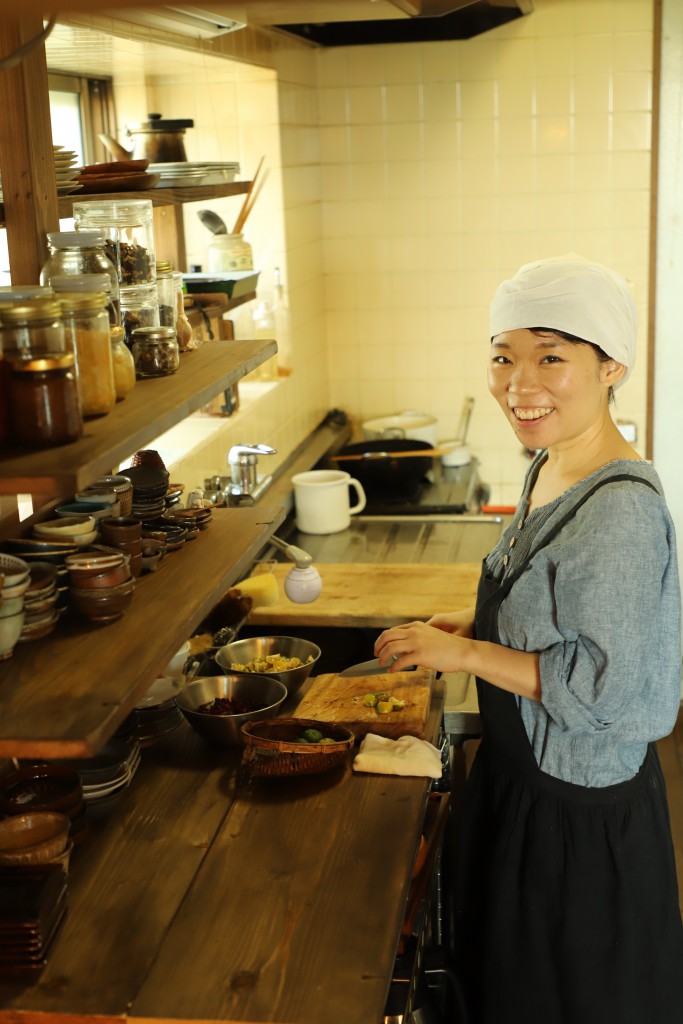 Asuka Takagi, the owner of “hiyoriya,” is from Hokkaido, Japan’s northernmost island. She first came to Yakushima from Hokkaido in the winter, to work in a part-time job and avoid the northern island’s severe cold. She enjoyed her life here on the island so much that she stayed. That was nine years ago and now Asuka says “I’m most comfortable here.”

Prior to coming here, Asuka’s health was poor and she had long-suffered from unidentified skin problems. Wanting to be healthier, she tried a variety of approaches before settling on diet as the answer. 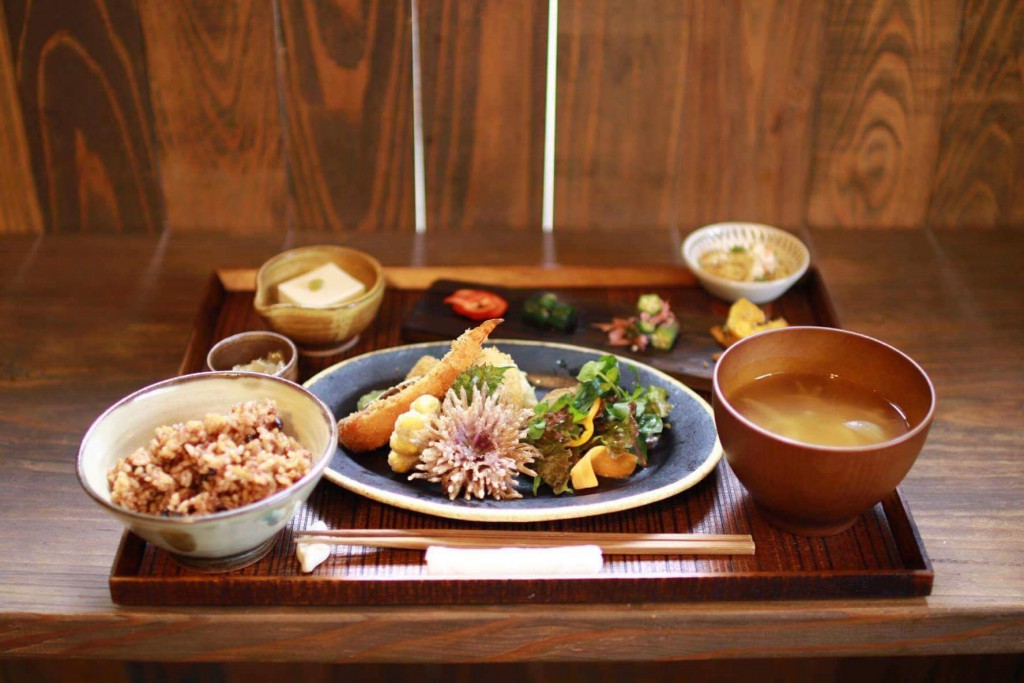 She opened the restaurant “hiyoriya” three years ago, making use of fermented and vegetarian ingredients and avoiding the use of processed foods. Her mostly homemade seasonings line the wall in her small kitchen space. 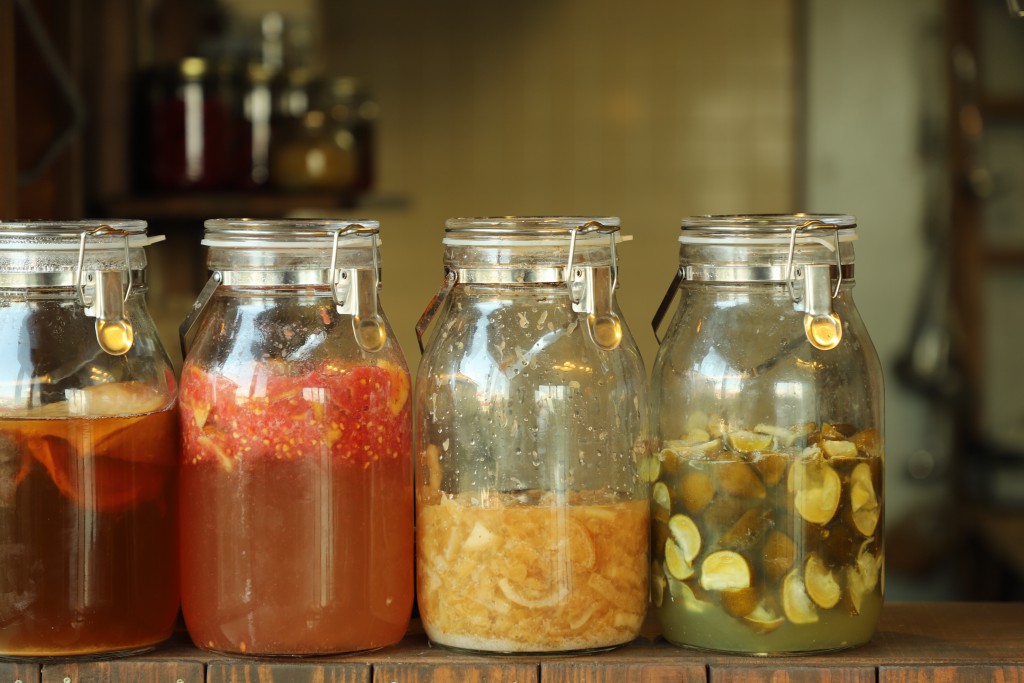 The Use of Fermented (Enzyme) Brown Rice
Fermented foods are popular nowadays. Asuka says that her consumption of fermented brown rice played an important part in the improvement of her health. Fermented brown rice is made by cooking brown rice with adzuki beans, water, and a pinch of salt in a pressure cooker. After it is cooked, it is moved to a special pot and stirred once a day so that any microorganisms present are exposed to the air and thereby encouraged to multiply. This fermentation should continue for at least three days.

Brown rice is often seen as a heavy food that is not easy to eat, but when it is fermented it become sticky and tasty. Hiyoriya serves fermented brown rice with its two set meals and with curry as well. Asuka says, “Yakushima’s water is very pure. I think that’s why the brown rice is so tasty.” Most important to the fermentation process is that this is an environment in which both Asuka and the microorganisms are healthy.

She tells me, “This is an ordinary restaurant. I just serve food that I want to eat.” 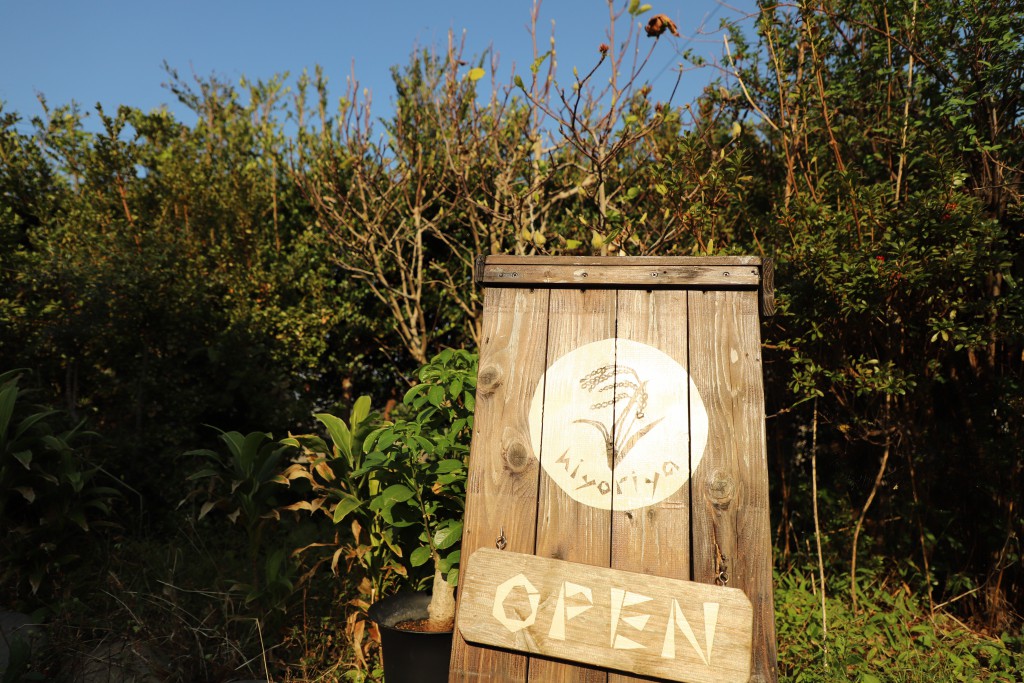 Fermented food is living food. On this day, like every other, the microorganisms that are a product of Yakushima’s tasty air and soft water are alive in Asuka’s meals. 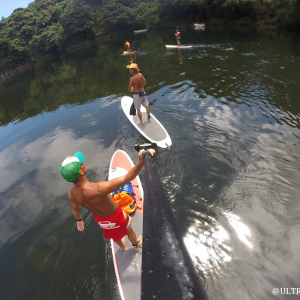