On 37 acres of land, the Kamesawas are growing turmeric, potatoes and sweet potatoes. For two generations they’ve farmed organic. “When my friends said the vegetables grown on my parents’ farm were delicious, that triggered my decision to return to the island and help out on the family farm.” Kamesawa Takumi told me this, his face sunburned. 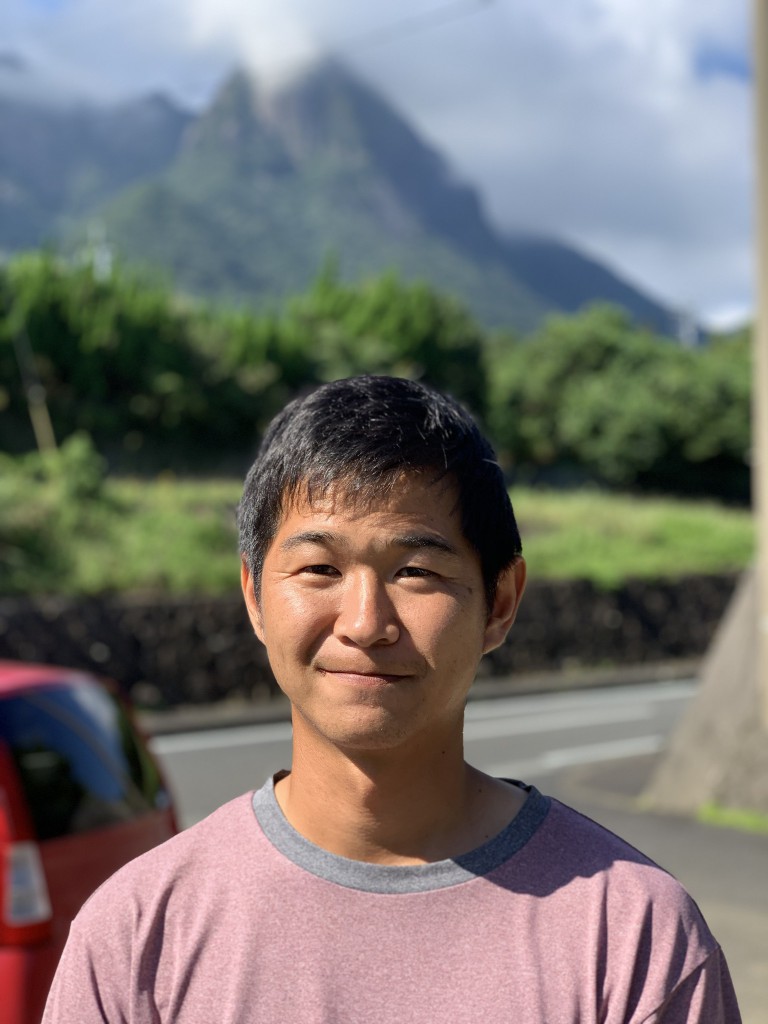 In Onoaida, on the island’s south side, Takumi-san, his older brother and his parents operate the organic Mochomu farm. After moving to Brazil and growing coffee there, Takumi-san’s parents returned to Japan and settled on Yakushima. Takumi-san was three years old at the time. He lived on the island thru high school and crossed the water to the Kagoshima mainland for college. He took a job with a real estate company until his friends told him how tasty his parents’ vegetables were. Having grown up on the farm, Takumi-san told me that his return to the island to help out with the family business felt like a natural outcome. 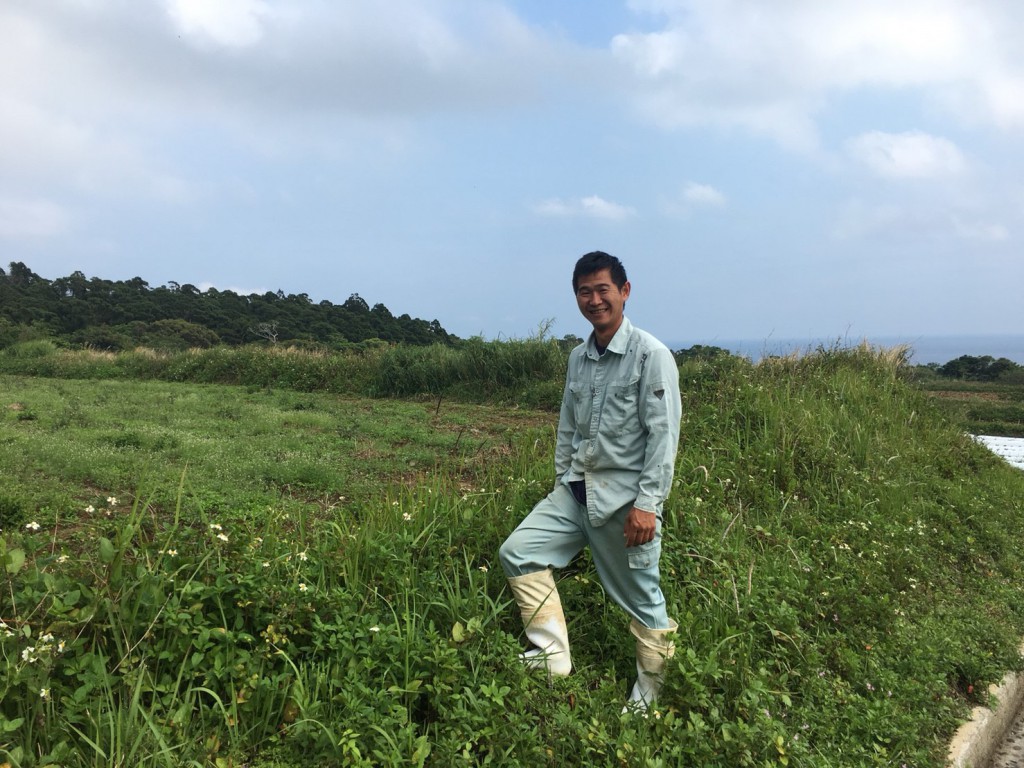 Everything grown on the Mochomu Farm is grown organically. The farm and its produce undergo rigorous annual tests and the fields that have been designated as organic are carefully monitored. To offset the loss of nutrients, weeds and grasses must be pulled, and to maintain the health of the soil, lactobacillus (a lactic acid bacteria) and a purifying bacteria that stimulates bacterial activity are added. Compared with regular, large-scale farming, this requires a lot of time and effort. 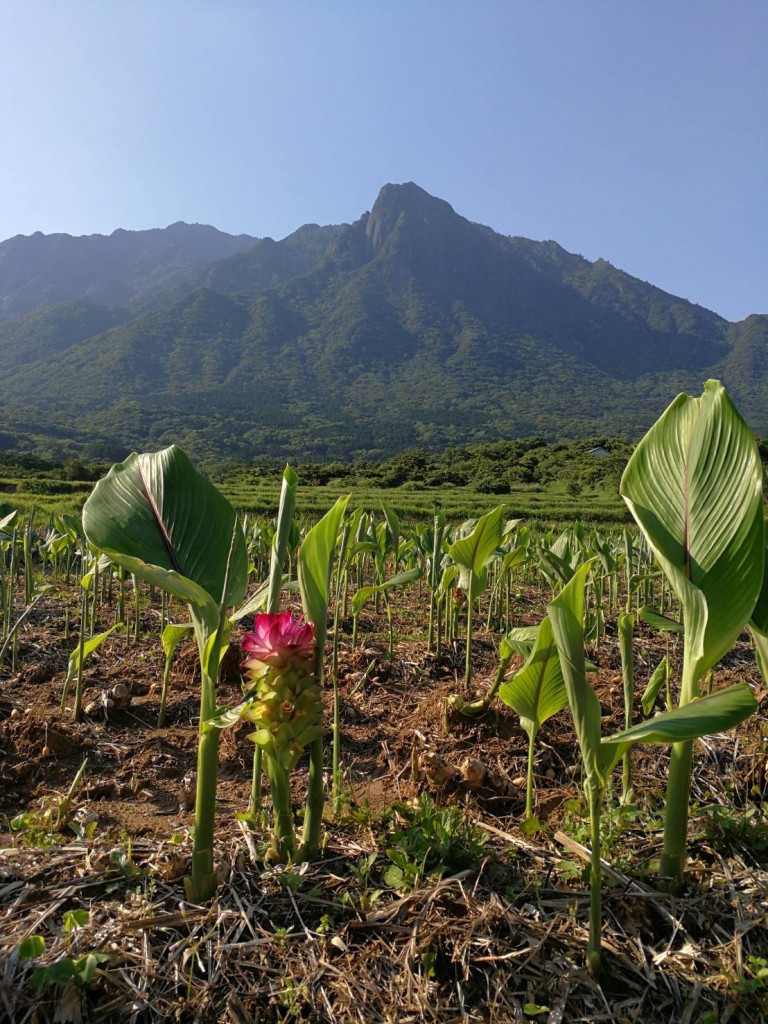 “Yakushima is a flourishing environment, but it’s not suited to large-scale farming.” It is a granite island and, as such, there’s a tendency for the soil in its fields to be barren. Much of the land is on a steep incline so water flows down quickly out of the mountains, making it difficult for nutrients to be absorbed by the soil. This is to say that rainfall runs rapidly down from the higher mountains into the ocean, in keeping with the island’s unique terrain. Takumi-san says that is all the more reason that small-scale, labor-intensive organic farming is a good fit. That said, the Mochomu Farm produces 100 tons of potatoes and 15 tons of turmeric a year, most of which is sold through organic cooperatives in Kagoshima and Kumamoto. 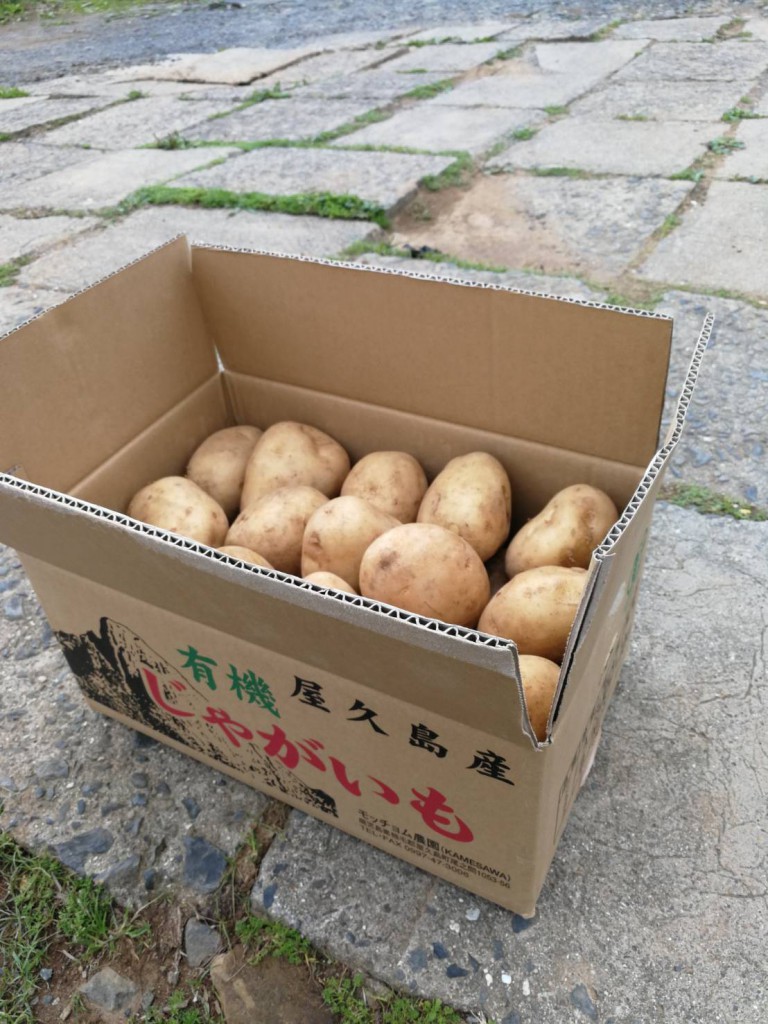 “As a farmer, I’ll always be in the middle. Now I’m the recipient of what my mother and father have learned through trial and error, and in the future, I want to continue working with the soil.” The dirt mixed with sweat on Takumi-san’s forehead shines. And the produce he and his family take great, daily care to raise is given the Japan Agricultural Association’s “organic” stamp of approval.