“The objects I make are only possible because of the materials that I use.” 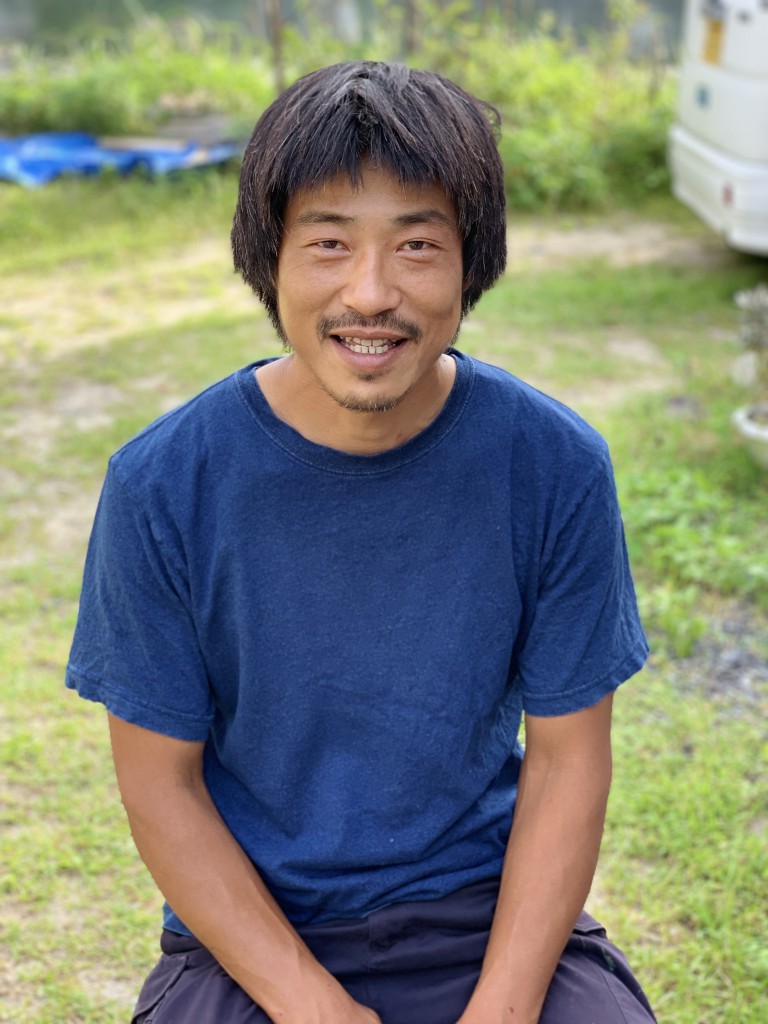 Odaka Shinichi of Odaka Crafts is a woodworker living here on Yakushima. Odaka-san has worked on the interiors of Nakashima Tatami and Chaya Yamagaraya in Miyanoura, and Café Yukigokeya in Nagakubo. He also makes furniture and builds private homes. 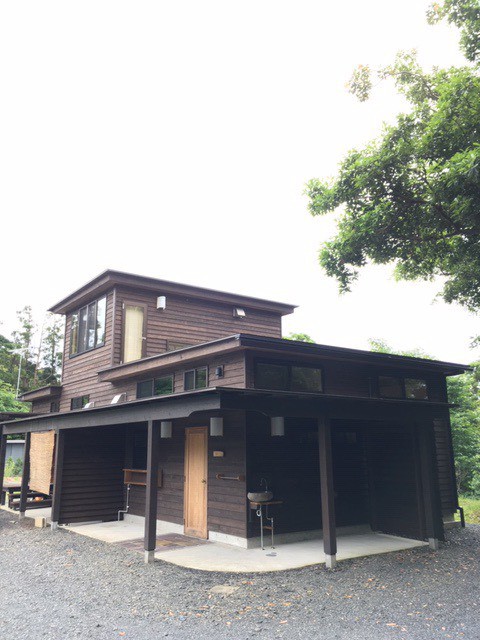 Odaka-san moved here from Saitama Prefecture (in Kanto, near Tokyo) in the year 2000. He had long been interested in primary industry (the use of natural resources to make a product). When he studied a Japanese map, looking for a place to live, he found the island of Yakushima, in Kagoshima Prefecture, and felt somehow that this was the place. After moving here, Odaka-san worked for the Forestry Owners’ Association for several years. He then moved to Okinoerabu Island (farther south) where he fished for Japanese spiny lobster and on to Okinawa where he worked as a diving instructor. Odaka-san then returned once again to Yakushima and took a job at a local lumber mill. It was also around this time that he began working for and studying under William Brouwer, an American architect and woodworking master Odaka-san had met upon his return to the island. Thereafter, he opened his own woodworking shop, Odaka Crafts.

Odaka-san told me that William influenced him in all aspects of architecture and building, everything from practical business matters to work methods. But there were many times when he felt a language barrier and on such occasions Odaka-san tried his best not to rely on language but to watch William at work and to absorb what he could through observation and feeling.

“I can’t even begin to tell you what I learned from William. He taught me that a house can’t be built until one takes into account and links together the environmental conditions of the site, an understanding of the person who will live there, how it will feel to live there, views from the windows, and so on.” 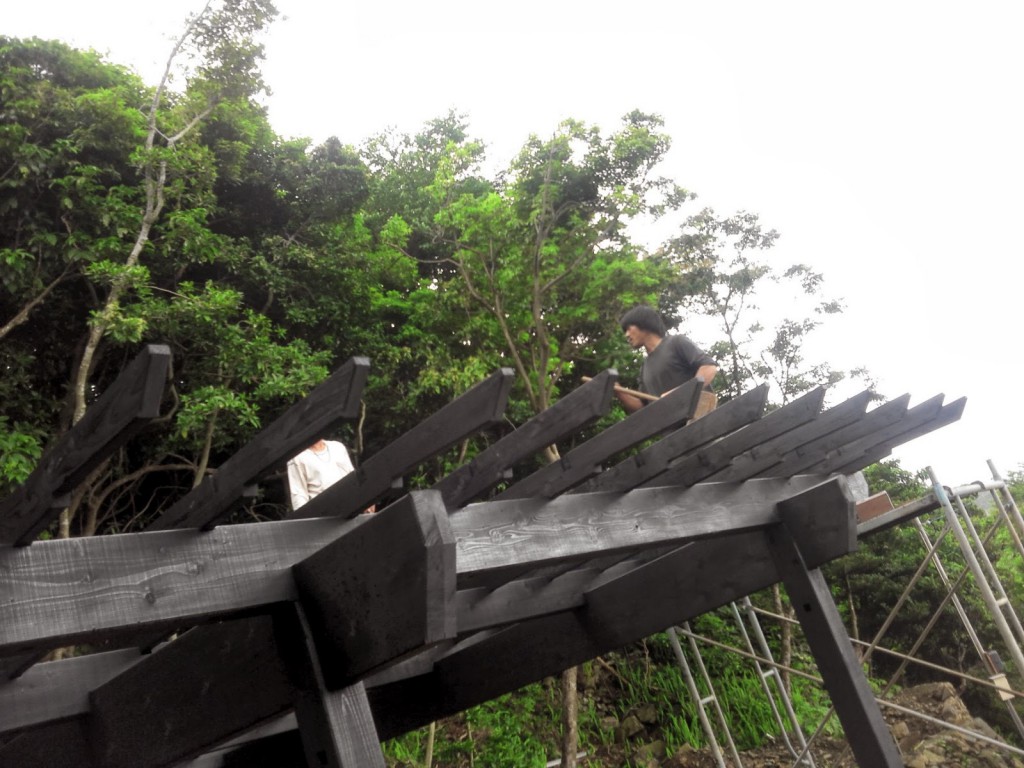 When he was little, Odaka-san used to pick things up that he found on the street on his way home from school. He hasn’t broken that habit and even now he gathers interesting rocks, wood and the like and puts them in his car.

“I used to think that being an adult was going to be different from being a child, but I’ve been doing pretty much the same things since I was little.” Odaka-san laughs when he tells me this. 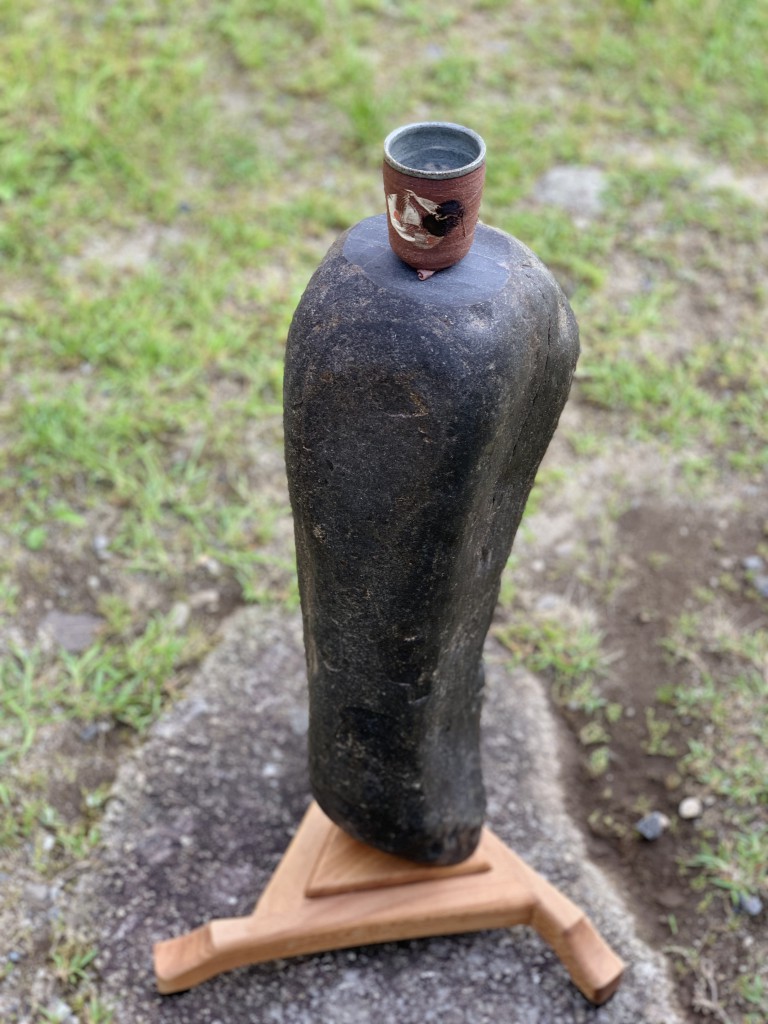 His creations utilize the shape of the original piece of wood and they have their own unique personality. For example, a tree that had to be cut down might be used as a beam over the entrance and a rock found on the coast might become a table for cups.

“I look for something interesting in the material I’m using and then it’s just a matter of how much affection I can feel for it. Ultimately, I want to create things that will be loved by the people who use them.” 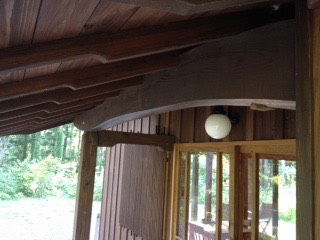 Odaka-san told me that in the future he wants to fire tiles in his own climbing kiln and use them to build a structure. There’s no end in sight for this young woodworker.