Yamashita-san grew up in a village that no longer exists, deep in the mountains of Yakushima. 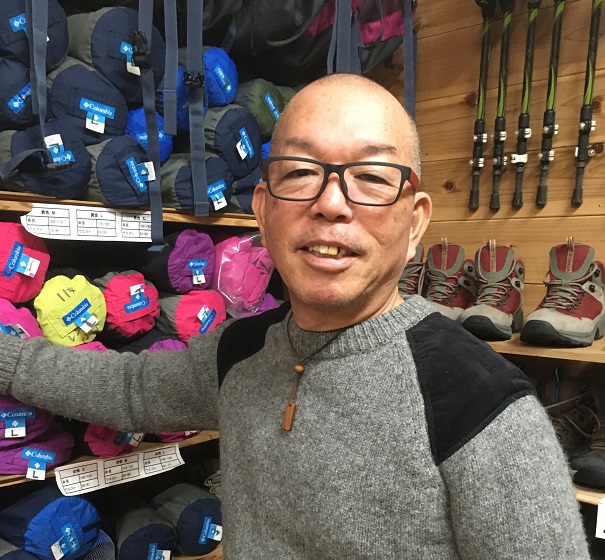 Along the main road, in the town of Anbo, I came upon a red “OPEN” sign on a dark green background. This log cabin-like structure is home to “Rental Yamashita” and inside I found rows of backpacks, hiking boots and rain gear. 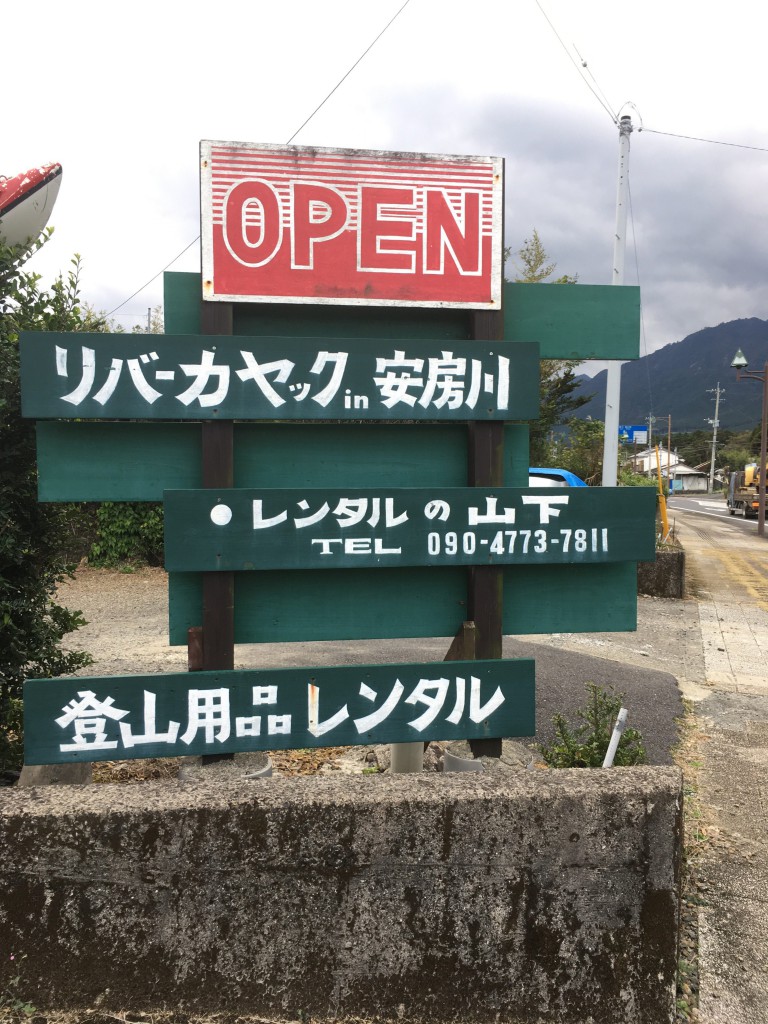 The store’s owner, Toshimasa Yamashita, grew up in a mountain village nearby. After graduating from junior high school, he left the island to attend high school and eventually to work on the mainland. He came back to Yakushima when he was 22 years old, but left again only to return when he was 45. After ten years working as a mountain and river guide, Yamashita-san opened Rental Yamashita. To this day, he continues to guide kayaking tours. 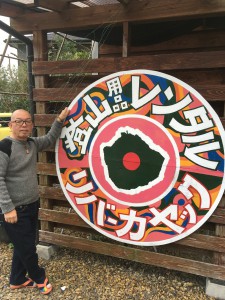 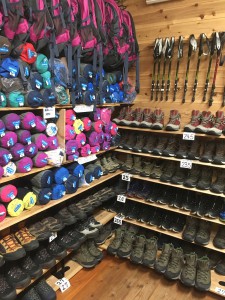 Yamashita-san told me that he grew up playing outdoors, in nature. His family lived in Ishizuka, a hamlet located beside a trolley track used to transport logs from deep in the mountains. Yamashita-san’s father worked at a forest service station nearby. “Back then, I used to catch eel in the river and set traps for birds. The same was true for all the families. We were driven to catch something because that was our dinner.” In those days ‘playing’ and ‘surviving’ were closely linked. Then Japan went through a period of rapid economic growth. Television arrived in time for the 1964 Tokyo Olympics, schools started serving meals and dirt roads were paved. 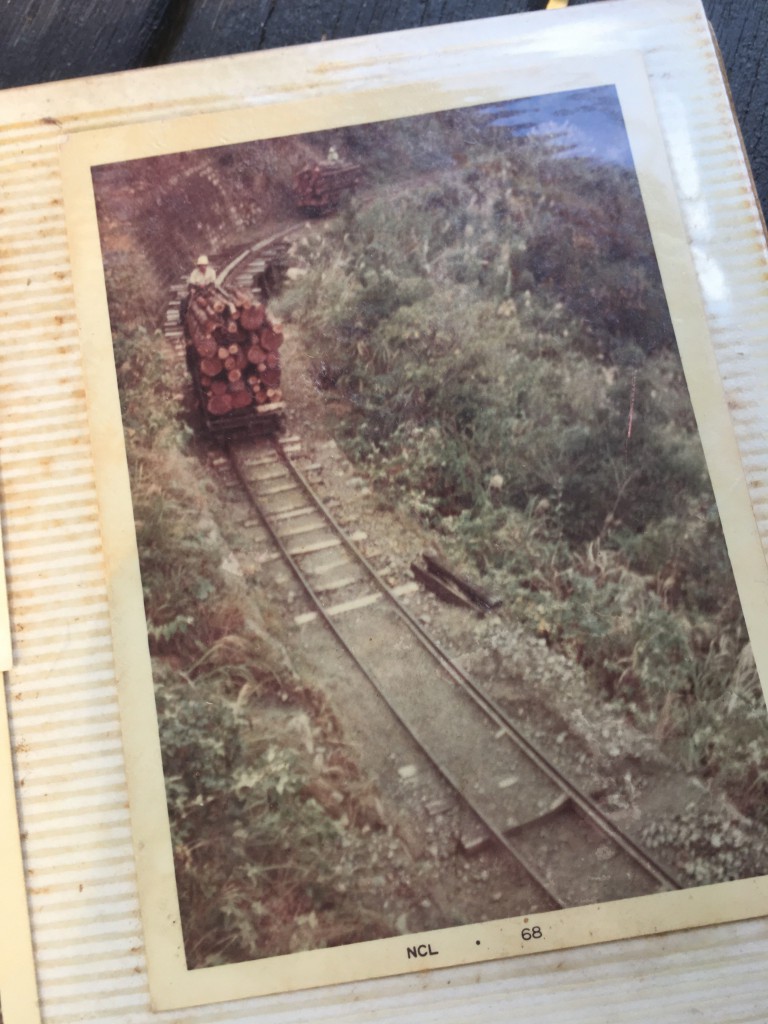 “Back then, the world beyond the trolley track was a place we dreamed about.”

Yamashita-san hadn’t really thought about natural mechanisms and cycles before, but when he left Yakushima and then returned, and when he began to explain nature to the tourists he was guiding, he came to have a better understanding of the roll of humans as well.

“The sun rises in the east and sets in the west. Water runs from higher elevations to lower. Leaves take in sunlight on their front sides and make energy on the back. When I learned the workings of nature, I realized the importance of honoring them. When one fights against those forces, the energy becomes negative and causes stress. And the same is true for people.”

Yamashita-san greets the sun when he wakes up in the morning and looks up at the stars before going to bed at night. This helps his body to reset, and enables him to appreciate each day. 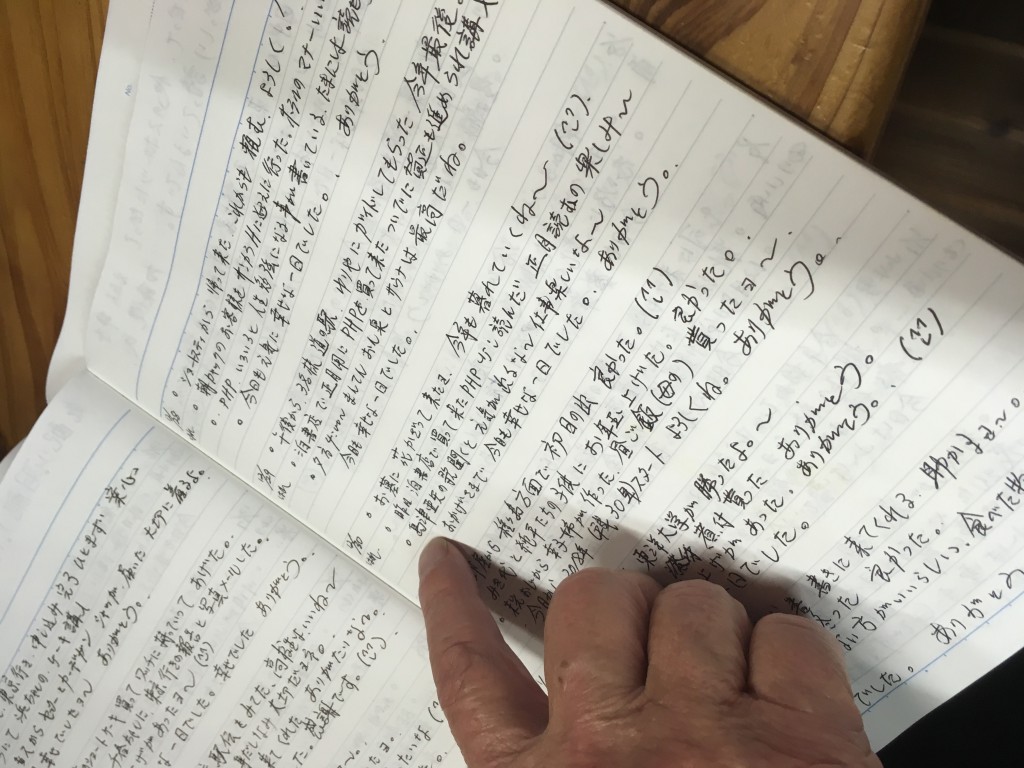 Yamashita-san writes a “thank you note” every day.

Customers and islanders alike often tell Yamashita-san about their lives. “Since returning to Yakushima I’ve been living within nature’s cycle, and my worries and complaints have disappeared. I’m so happy now.”

Today, drawn by these words, someone else will visit Rental Yamashita.