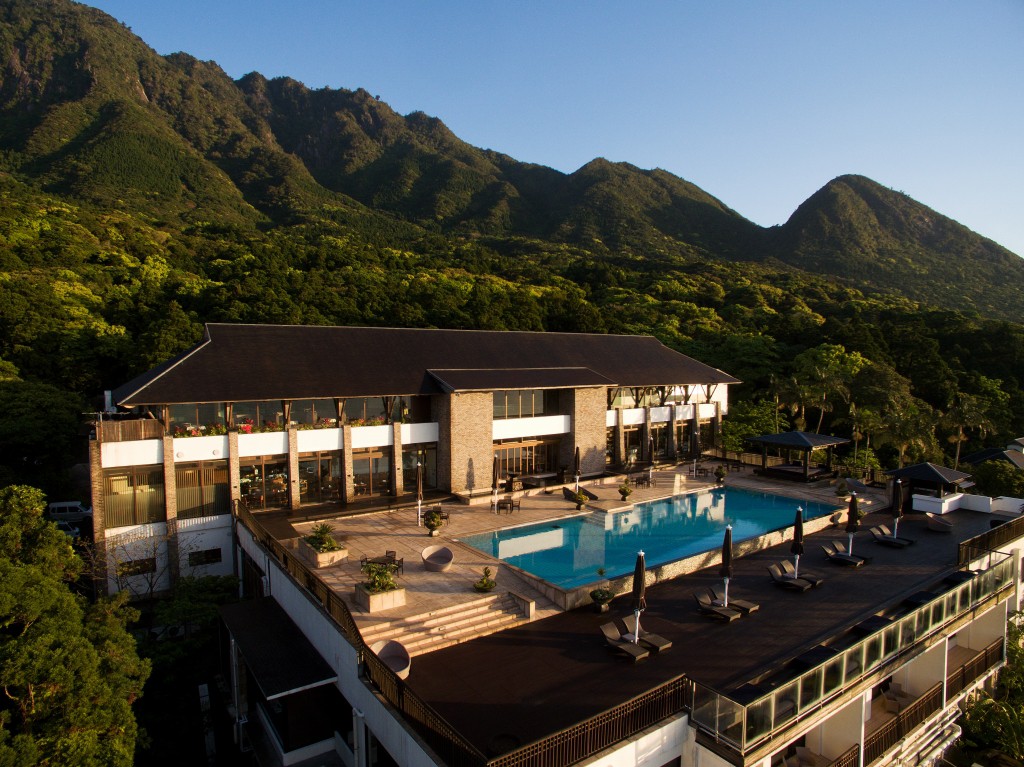 A resort hotel with the ambience of an inn, Sankara Hotel & Spa Yakushima stands quietly in a subtropical rain forest. Offering French cuisine that makes us of local products and attempts to achieve a symbiosis with local nature, this hotel has become a popular destination among gourmands from around the world.

On the second floor of the main building one can find a full-course French restaurant called “okas.” Kenji Hayashi, the chef, is originally from Tokunoshima, an island farther south in Kagoshima prefecture. He first came to Yakushima as a member of the kitchen staff, working for his master, Chiharu Takei, after studying under him at the renowned French restaurants “mikuni MARUNOUCHI” in Tokyo and “arucana izu” in Izu.

Hayashi-san says, “There’s a splendid variety of ingredients here on Yakushima.” He makes use of simple native plants and other fresh ingredients grown and raised in this lush natural environment, re-enacting the island’s nature with dishes like “mossy forest.” When customers – just back from a day touring the island – find on the plate before them a scene from the island’s nature, they make sounds of admiration and delight. 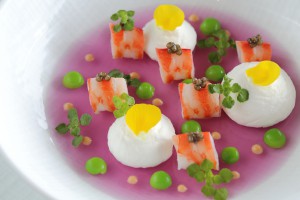 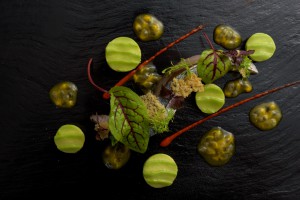 Hayashi-san tells me, “I’m trying to create a connection between memory and taste. My hope is that guests will exhaustively taste the entire island.” Strongly influenced by his wife who grew up in a farming family here on Yakushima, he seeks ways to make full use of native plants. She knows a lot about vegetables, and about varieties of plants and grasses that are native to the island. She tells him and their son which plants are edible and their son happily eats the plants he finds along the roadside.

“There is such a wide variety of greens on this island, and I’m striving to find ways of using them that are sublime.” Hayashi-san is forever keeping track of when local ingredients can be harvested, and checking to be sure that they are safe to eat. 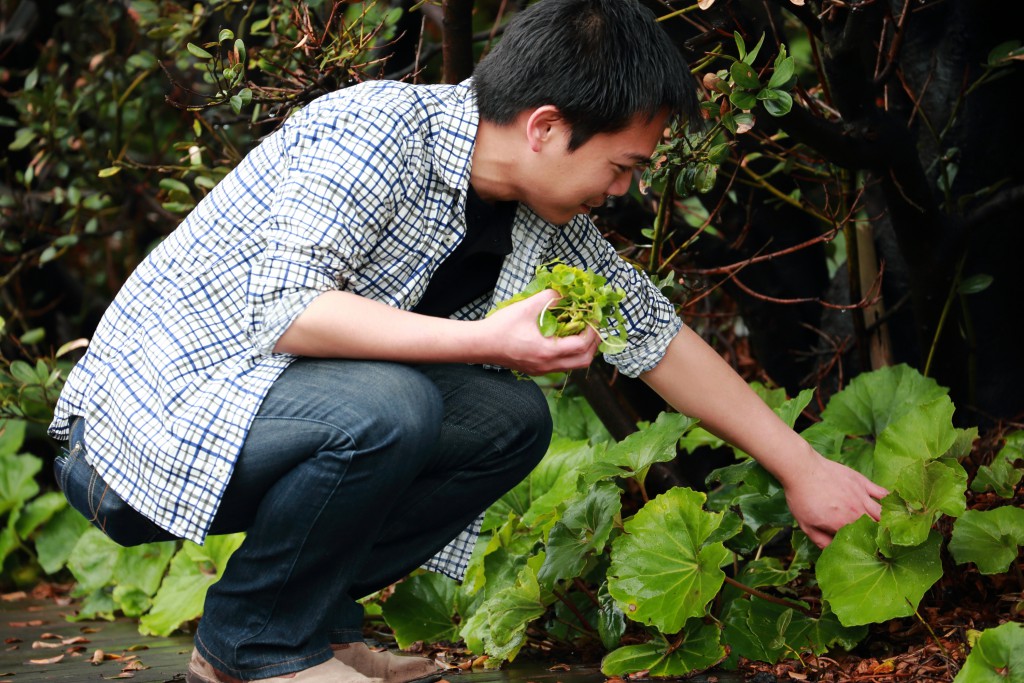 Hayashi-san also loves music. If he hadn’t become a chef, he’d likely have become a musician. His preparation of meals is a performance – not unlike a concert – with his open kitchen as a stage surrounded by customers.

“In music and in cooking, there are moments of pure harmony. I want to continue to make dishes that express the varied nature of this island, dishes that inspire my customers to say ‘Delicious!’ the moment they take a bite.” 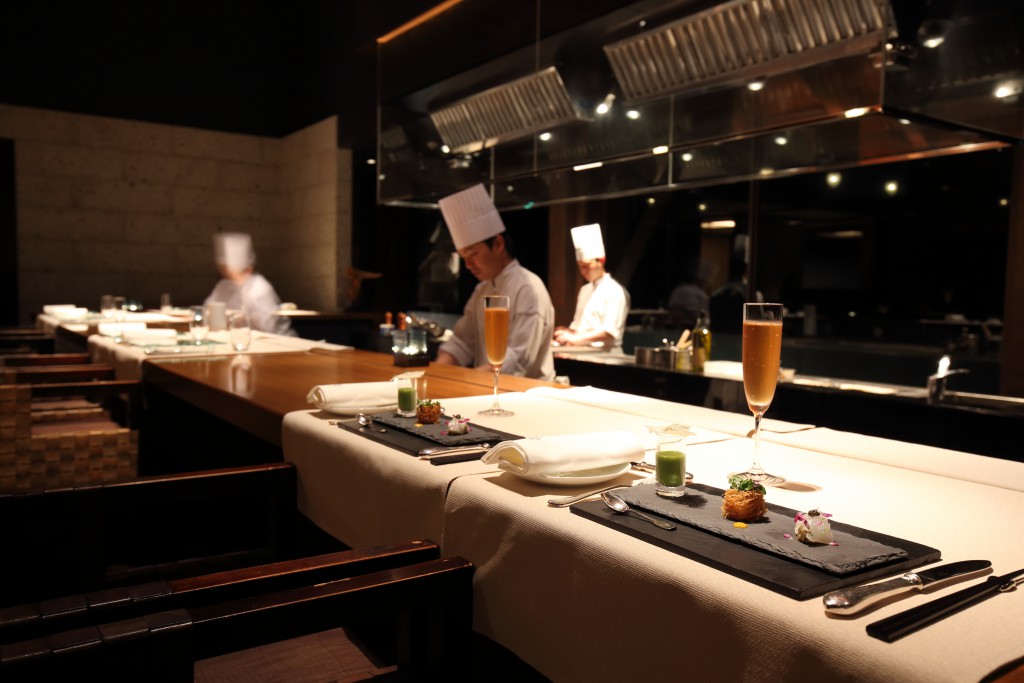 Customers sitting at the counter can watch the chefs at work.

Cooking – in this case “local gastronomy” – can be used to express the local culture, the natural environment, and a vision of the future. In this sense Hayashi-san is a storyteller, using his cooking to narrate a symbiosis with Yakushima’s nature.