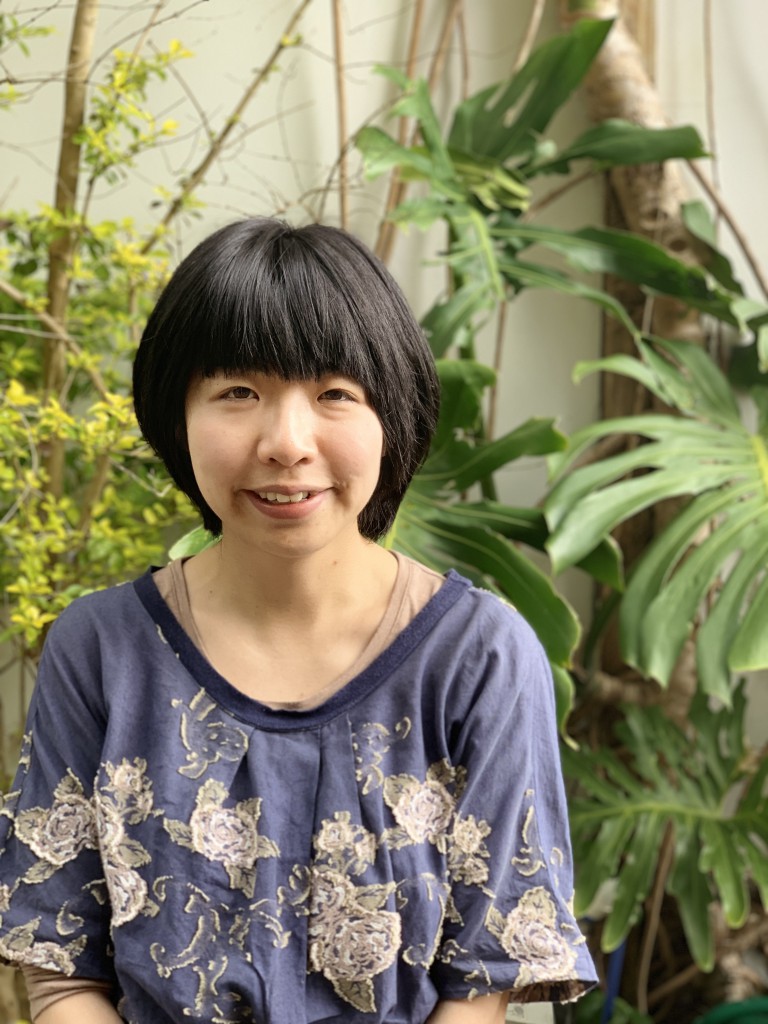 “I’m probably not your typical teacher.”

Tomiyama-san is employed as an art teacher at Yakushima’s elementary and junior high schools. She moved to Yakushima in 2017 to paint. In the past, her work had been far removed from teaching and she would never have imagined teaching art to the island’s children. Yet here she is in her second year as an art teacher.

“In the schools, I mainly teach the fundamentals. I teach the children about colors, for example, and different gradations of light and darkness in pencil drawings. And they get excited about stuff that I’d taken for granted.”

Tomiyama-san is originally from Tokyo. After graduating from Tama Art University, she took a job drawing wall murals for the restaurant industry in Tokyo, working beside other artisans on a carefully managed time schedule. Tomiyama-san was greatly influenced by the opportunity to witness, in close proximity, the work of two dynamic women who were mural masters.

“Painting murals, I learned to put all of my energy into producing a quality product that satisfied the client’s wishes.”

One can see Tomiyama-san’s mural work in the village of Hirauchi. Her colorful Fruits Island, painted on the outer wall of a privately-owned shed, brings smiles to the faces of those who pass by, regardless of the season. 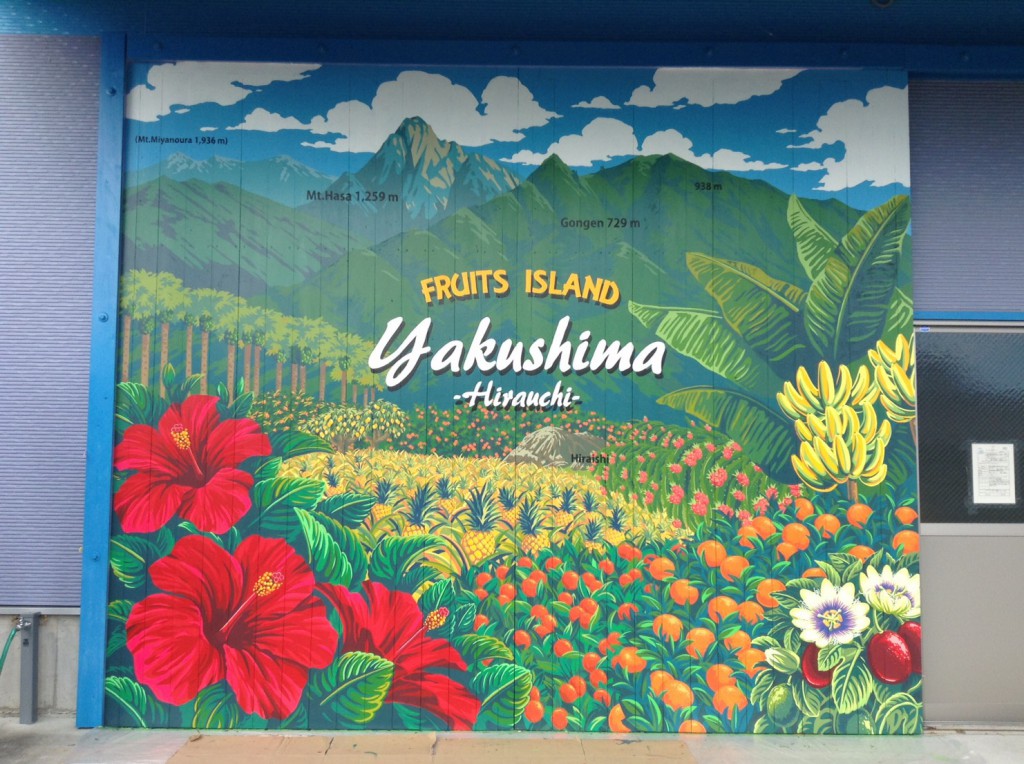 Since her arrival on the island, Tomiyama-san has been painting with water colors. “There are many approaches to painting or drawing. Because I like realism, that’s what I’m good at. So with realism as a base, I re-create the things that catch my eye.”

Tomiyama-san’s paintings of Yakushima’s forests, her delicate brushstrokes, make you feel like you can hear the plants breathing ever so softly. Shiny leaves wet from the morning dew, light streaming down between the trees, the beauty of Yakushima’s nature passes through Tomiyama-san’s brush and appears on what was once a plain white canvas. 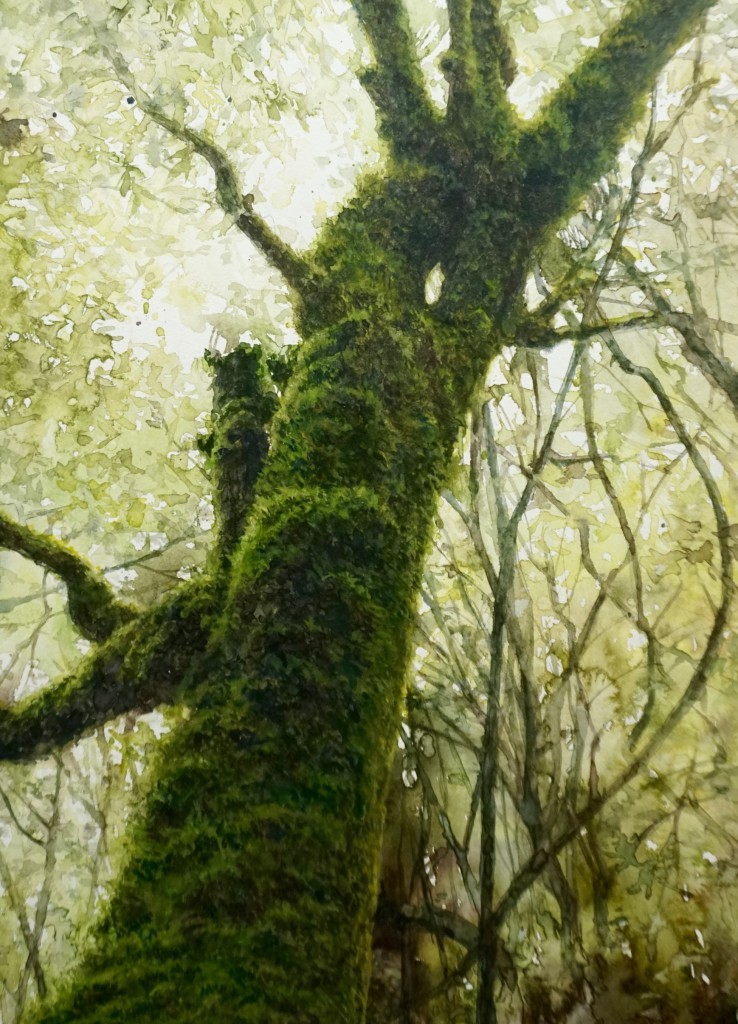 “Crawl” (the forest at Shiratani Unsuikyo) 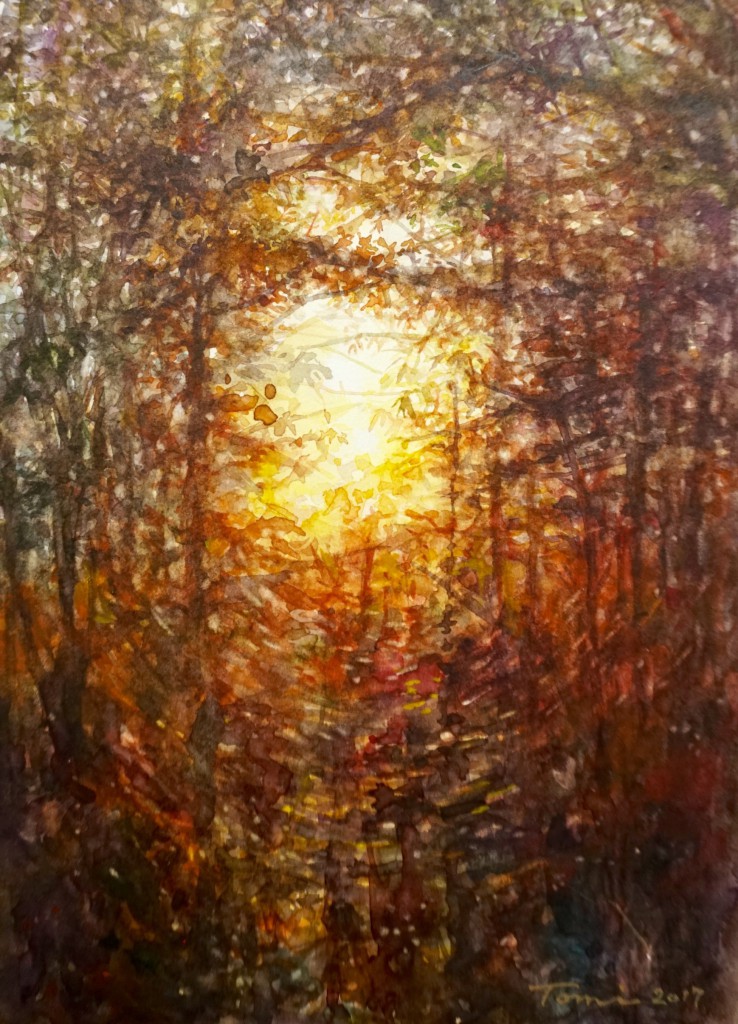 “Gold” (the forest near the Takatsuka mountain lodge) 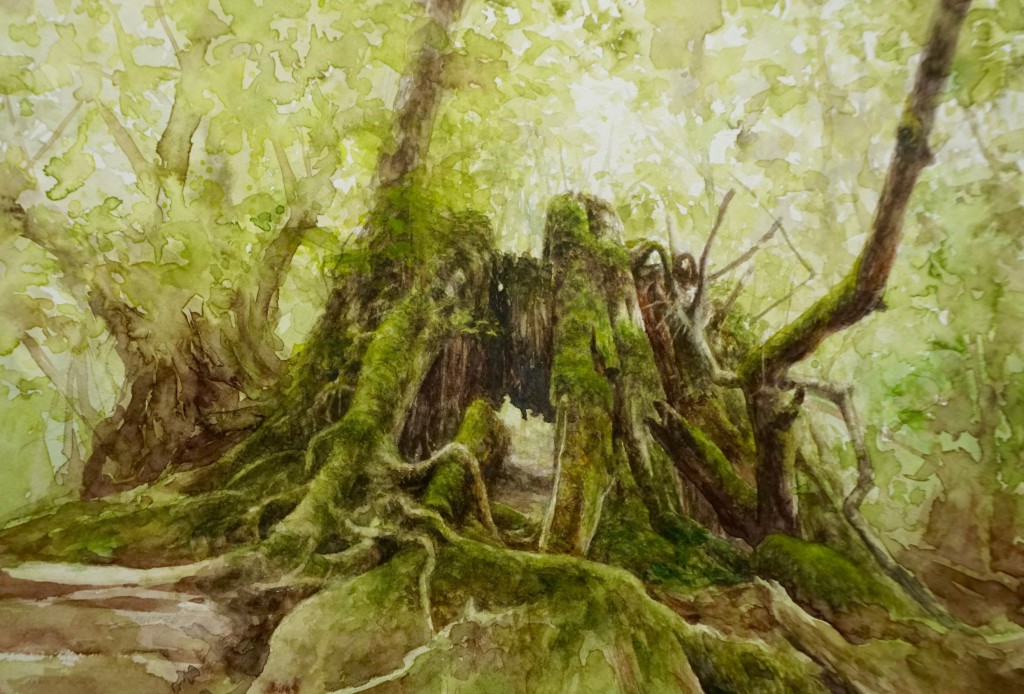 “Border” (the forest at Shiratani Unsuikyo)

Tomiyama-san visited Yakushima six times before moving to the island on her seventh visit. The depth of the island’s greens, the freedom of the trees, the shapes of their roots, and the islanders’ vitality – she felt that “While this is Japan, it’s not like any other place in Japan. And it’s different from any other country in the world. It’s idiosyncratic.”

When the spring winds grow softer and the green of new growth settles in, it is time for another annual drawing competition at the local schools. I imagine “Tomiyama-sensei” sitting along the side of a road, drawing island scenery with school children, their hands covered with oil paint.