When I first visited Mr. Masayuki Yamashita near the Matsumine Bridge, after following the Anbo river upstream, he was chopping wood. 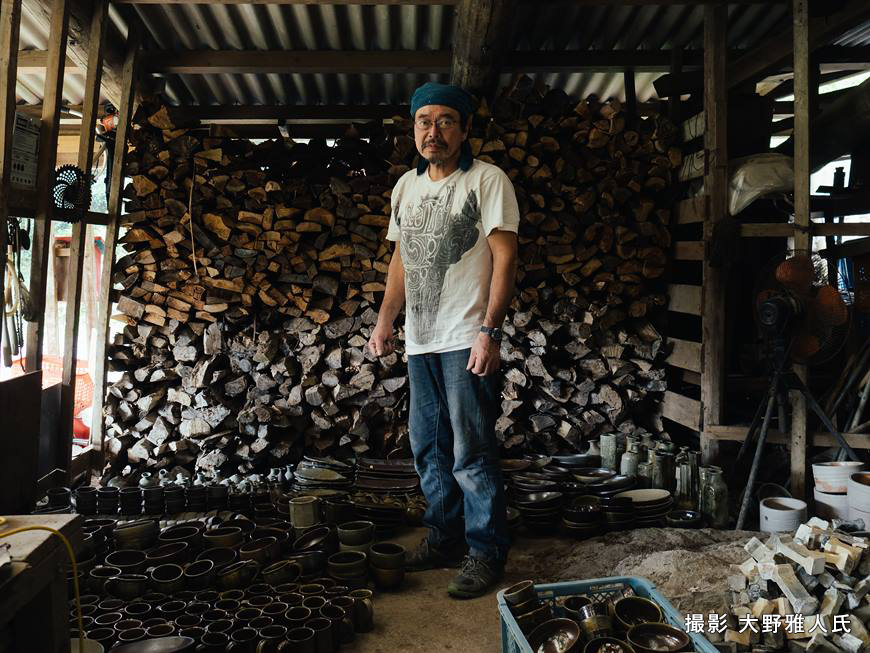 He told me, “Preparation is what potters do.”

Yamashita-san built a kiln in the Matsumine forest, in the town of Anbo, when he moved to Yakushima some 37 years ago. In fact, this area has a long history of land reclamation by a variety of pioneers. This wood-fired, ana kiln was built by digging a hole in the hillside and it reclines here, facing into the woods. 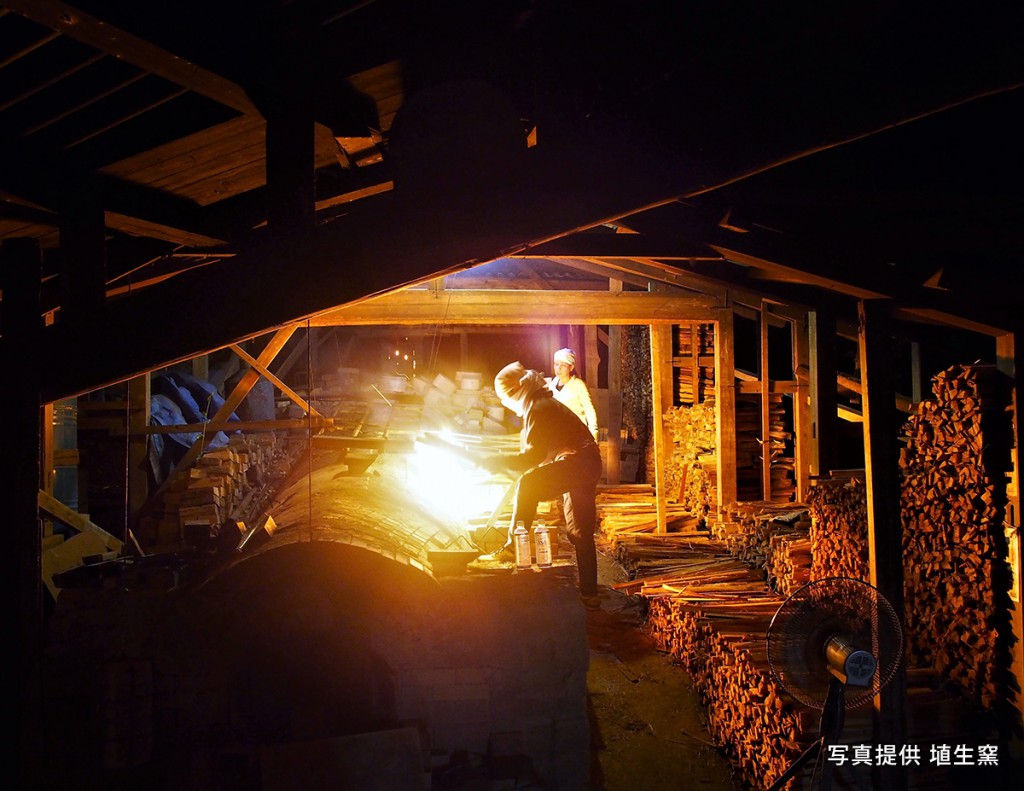 Yamashita-san has always liked making things. As a potter, he doesn’t use ordinary glazes, but relies on the ash from the firewood that fires the kiln to provide his pottery with simple colors and a natural texture. The clay he uses is a mixture of commercial clay, clay from nearby Tanegashima, and clay from Yakushima as well. Yamashita-san makes a lot of tableware, but recently he has also been making animal figures, taking inspiration from the world around him.

“People, the atmosphere, water and plant life, everything I feel living here on this island, informs my work. Pottery makes use of primitive materials such as soil, water, wood, and fire. Add to these the influence of the weather and other natural conditions and it can be said that chance plays a major role in the outcome. No two pieces of pottery are the same. That’s why I continue to try different approaches in search for something better.” 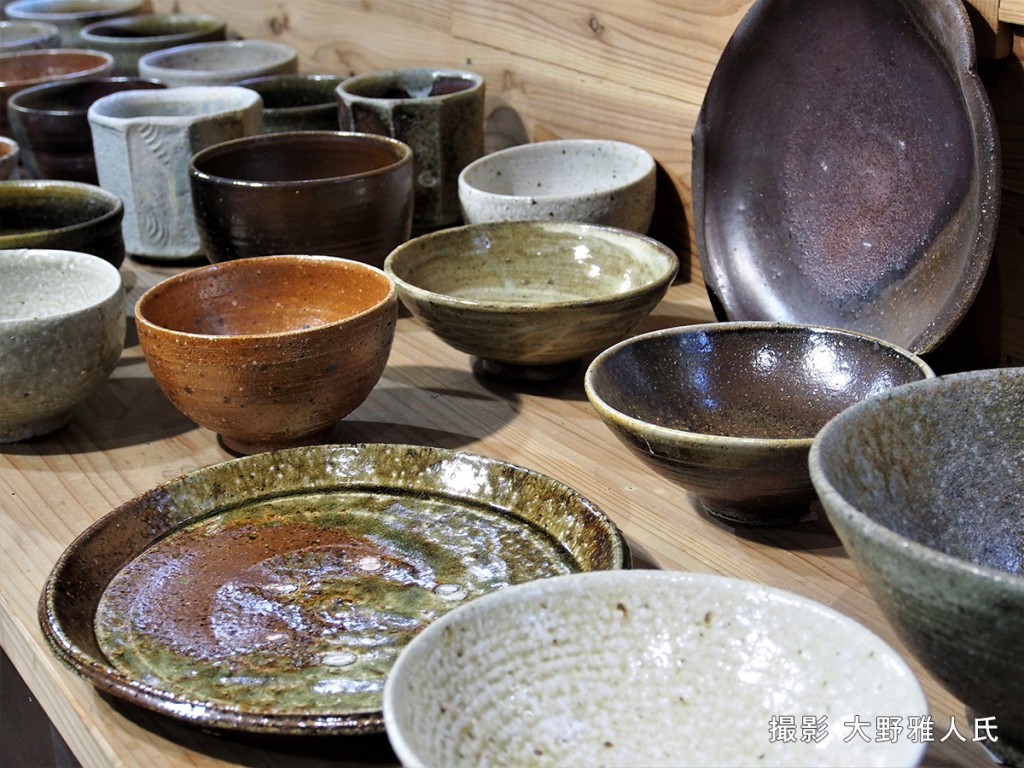 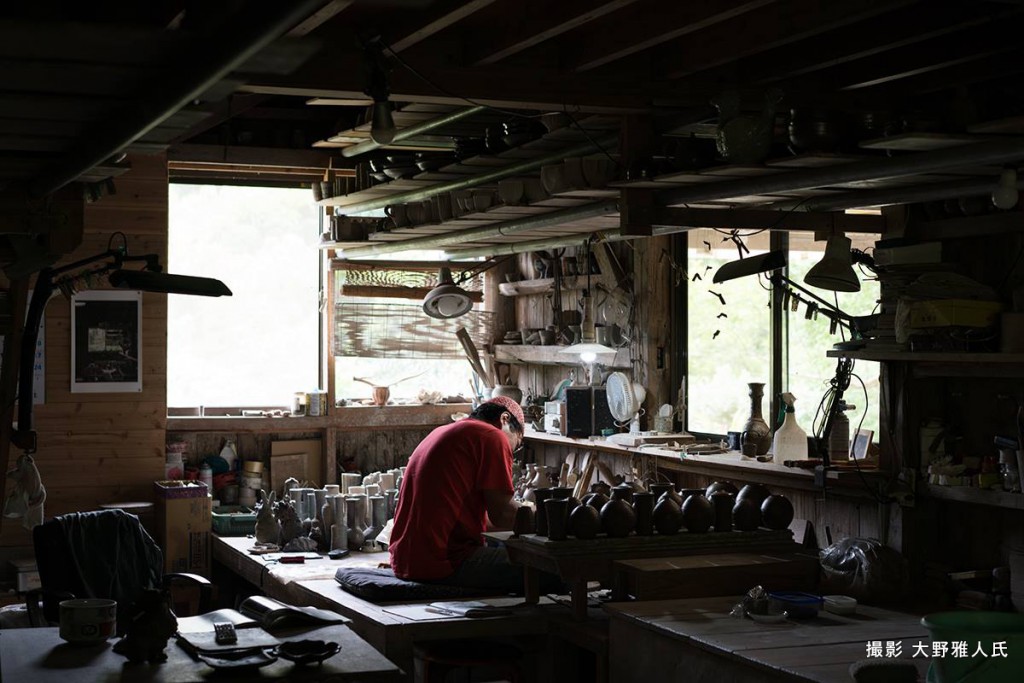 Yamashita-san’s studio was made using wood taken from Kurio junior high school, a school on the island’s west side that closed for a lack of students. Now pieces of pottery that imbibe the island’s harsh natural environment rest on wood planking that spent many years in the presence of the island’s children.

Originally the studio was called the Atara Kiln, but Yamashita-san renamed it to commemorate the short, 9-month life of his daughter Hanii. “Walking near my house, breathing, placing myself in nature, I feel a gradual easing of the sorrow that comes from the loss of my daughter.” Feeling the life-filled presence of nature, Yamashita-san began kneading the clay again.

When I take his pottery in my hand, I feel its heaviness. This may be the accumulated weight of 37 years working the land and the soil, and putting wood on the fire. 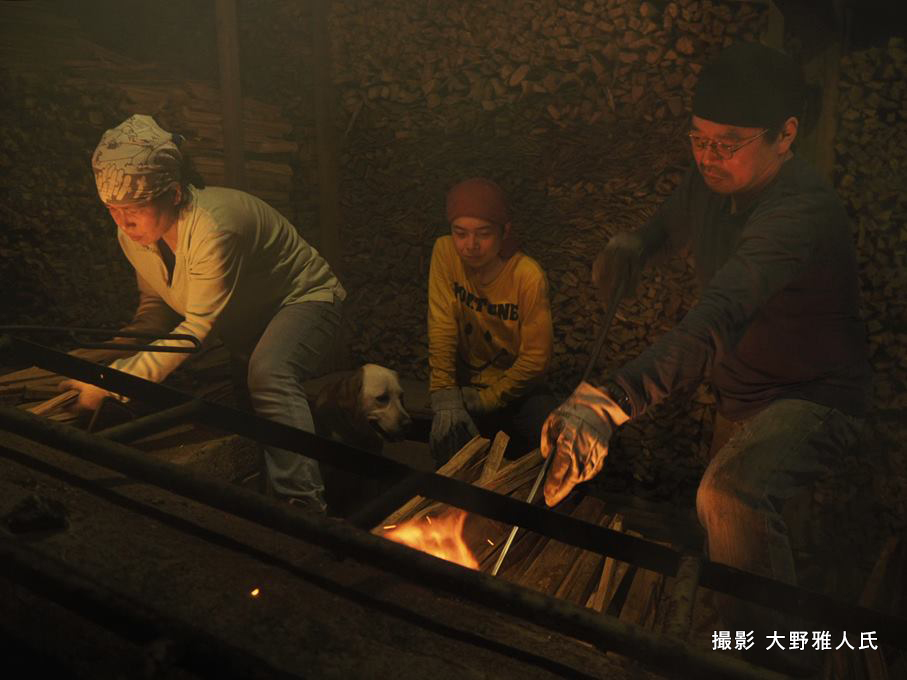