Wanting to raise his children in a healthy, natural environment, Yuuki Nishi moved to Yakushima and opened his own woodworking atelier, SOLMU PUUT, in the village of Hirauchi, on the southwest coast of the island. He had considered Amakusa and Koshiki (islands located off the west coast of Kagoshima), but when he visited his sister-in-law’s family who had already moved to Yakushima, he decided to live here. 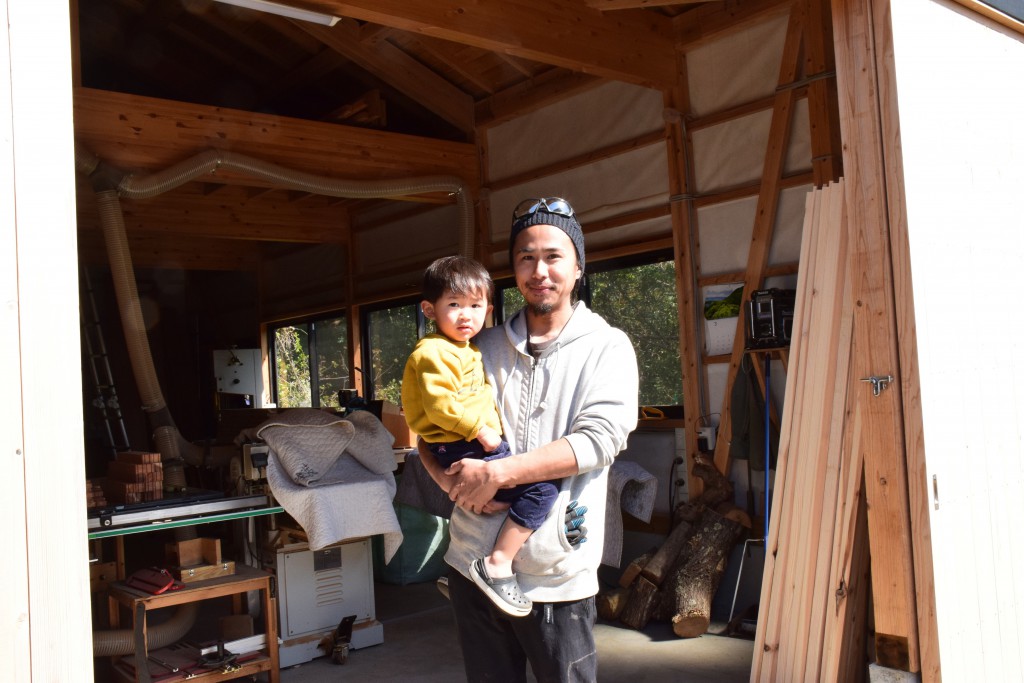 Helped by the fact that his sister-in-law runs a yoga studio on the island, Nishi-san’s network of friends grew quickly and one may already find his work in many of the island’s restaurants and stores – chairs and tables at Yukigokeya in Nagakubo, a partition at Niti Gu in Miyanoura, and lamp shades at the Hamayu coffee shop in Yudomari.

Nishi-san acquired his woodworking skills in preparation for life on the island and opened his own business when he arrived. Although he just started his own business as a woodworker, he has already received many orders from people who have seen his work. He is enjoying a positive cycle wherein one job often leads to another.

At first, Nishi-san made use of imported lumber and locally grown cedar, both of which were easy to procure. Nowadays, at the request of his customers, he uses local broadleaf hardwoods such as camphor, bay and chinquapin. Nishi-san is also interested in Yakushima deerskins which he has used to make seat cushions, lamp shades and trays. In this way he has strived to make use of local island resources.

In the spring of this, his second year on Yakushima, Nishi-san also opened a glamping (GLAMorous camPING) business called SOLMU MATKA. Glamorous camping involves the enjoyment of nature by staying in a furnished tent that has been set up on one’s behalf. 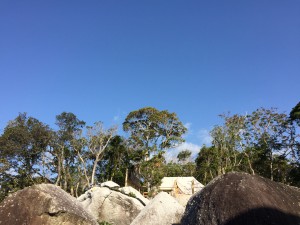 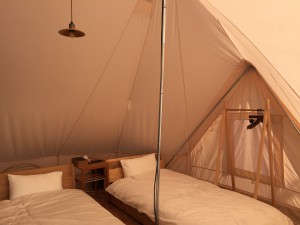 Nishi-san pitched a Nordisk 16-person tent on a wood deck that had been built atop a large granite rock formation. Inside, the big tent resembles a hotel room with two single beds, a coffee table, a sofa for two, and a small refrigerator.

On a hexagonal shelf along one “wall,” one finds an assortment of wood trays and bowls all of which – along with the other furnishings – can be purchased on the spot or ordered at a later date. When no one is staying in the tent, it can also be visited as a showroom. 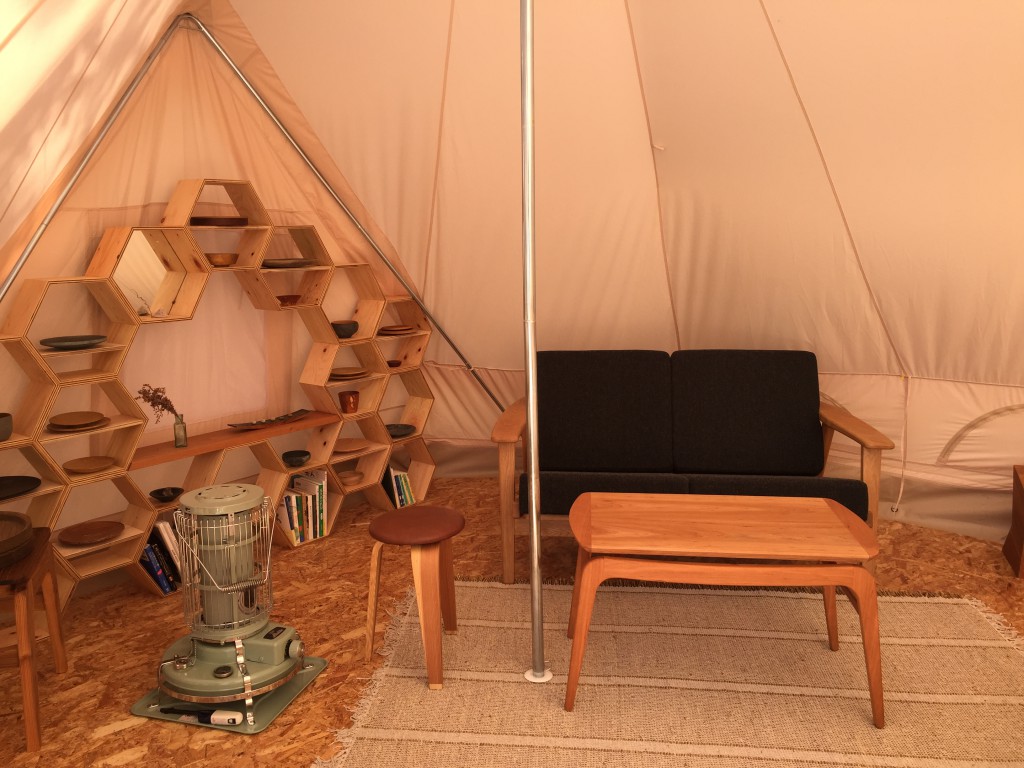 “SOLMU” is Finnish for “knot.” “MATKA” means “travel” and “PUUT” means “wood.” Nishi-san’s tent promises to be a fortuitous meeting place for handcrafted woodworks and travelers. 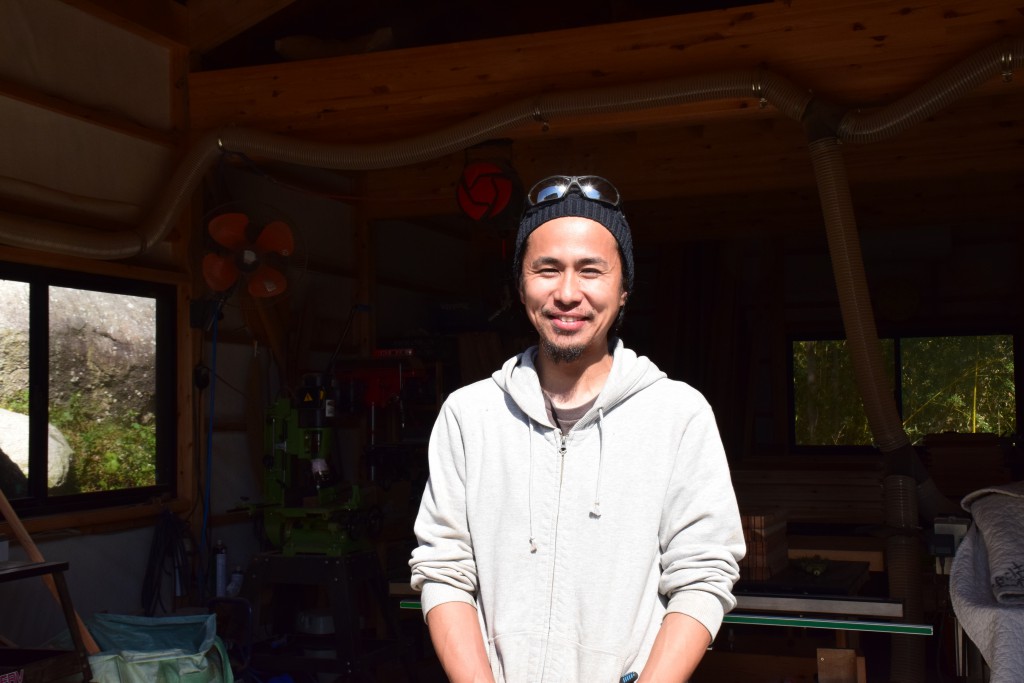 Shinichiro Oshirabe/Executive Chairman of the Yakus...